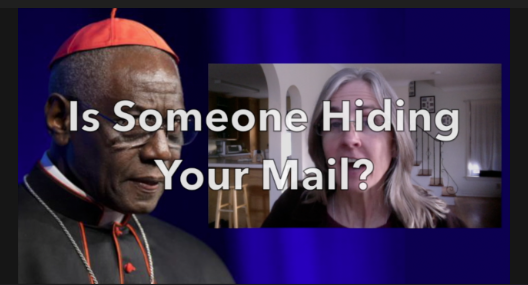 Plea to Cardinal Sarah – Deliver us from No-fault Divorce

Husband Video Recorded his own Eviction

On December 6, a husband who was never accused of abuse or adultery video recorded his eviction from his home by the civil courts of Nebraska. He was evicted because his wife filed for no-fault divorce. She is a professed good Catholic.

I’ve been corresponding with this husband for a couple years and his wife was given scandal by their diocese who issued a formal decree giving her permission to file for civil divorce. The diocese never had any ecclesiastic proceeding, as required, investigating whether the husband did anything grave to justify permanent separation. Furthermore, the diocese conducted no investigation to determine whether the outcome in the civil forum would be contrary to divine law.

The husband has been residing in the marital home for 28-years and his wife abandoned the marriage about a year ago and asked the court to give her the house.  She got what she asked for. On Friday, she returned to the marital home and the County sheriff helped her kick out her husband.

Watch what happened to the husband when he came home from work Friday December 6 to the Sheriff’s no trespassing sign on his own front door. See interchange with this wife, and hear discussions with the police and a county sheriff.

Those in a Catholic marriages have rights and the no-fault divorce courts violate those rights every day. Even those who are dissatisfied with their marriage (who file for no-fault divorce) have the right to receive proper pastoral counsel. The counsel provided by no-fault divorce lawyers and judges is typically immoral condoning marital abandonment and overlooking the obligation to work through marital difficulties.

The husband sent his plea to Cardinal Sarah over a year ago. His Congregation of the Discipline of the Sacraments has competence to oversee how U.S. bishops respond to pleas for help in cases of marital abandonment and separation (a.k.a., civil divorce cases amongst Catholics). Cardinal Sarah can tell the U.S. bishop that no wife should ever be given permission to file for civil divorce without an ecclesiastic investigation determining if the husband is doing something grave enough to justify permanent separation. Furthermore, the U.S. bishops could be instructed about obligations of parties after separation that are in accord with divine law, in contrast to the obligations arranged in post-Christian no-fault divorce courts.

If you know anyone in Africa, please forward this blog to them in hopes that Cardinal Sarah will heed our plea.

Apparently, the normal channels of communication are not working. The Papal Nuncio to the USA (Archbishop Christophe Pierre), told the husband that his recourse was being forwarded to Cardinal Sarah. I wonder who is getting the mail at his Congregation in the Vatican. Is mail being intercepted like had occurred in 2014? Cardinal Baldisseri ordered the Vatican Post Office workers to intercept a bunch of packages and maybe that happened with the husband’s plea. I know others who also sent recourses to Cardinal Sarah who never received a reply. 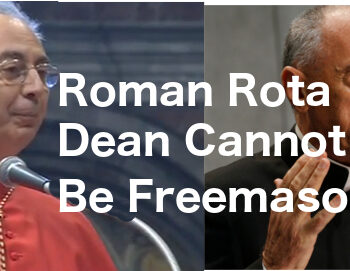