It has been reported that the director of the appeal tribunal at the Holy See is a freemason, so, I’ve asked that he be investigated by the next highest authority. Msgr. Pio Vito Pinto (allegedly a freemason) was appointed as the Dean of the Tribunal of the Roman Rota in 2012. His office decides appeals from aggrieved parties in canon law cases at Catholic tribunals all over the world.  The report that the Msgr. Pio Vito Pinto is a freemason has been repeatedly published.

The Catholic Church teaches that the principles of freemasons “have always been considered irreconcilable with the doctrine of the Church and therefore membership in them remains forbidden.” […] “Any Catholics that enroll in Masonic associations are in a state of grave sin and may not receive Holy Communion” (source CDF 26 Nov. 1983).  The Dean of the Roman Rota, as a judge in a tribunal, is required by law to be of good reputation and conspicuous for his good conduct. Additionally, he is not allowed to have the job once he’s over seventy-five years old and he’s now seventy-eight.

The Supreme Tribunal of the Signatura has competence to judge my plea regarding the Dean of the Roman Rota. Because my petition includes violations of canon law I’m asking the person titled, “The Promoter of Justice,” to submit a petition for a penal trial to the Prefect of the Signatura.  The petition would be received by the Prefect, Dominique Cardinal Mamberti, who has competence to order the processing of the case. In penal judicial cases, parties giving testimony are supposed to take an oath to tell the truth.  Given the scandal caused by the publicity that the Dean of the Roman Rota is a freemason, it would help if Msgr. Vito Pinto would publicly affirm or deny his membership under oath with God as his witness.

With the recent news of abusive priests, Catholics have been discussing the prophecies about the 20th century made in the 1600s by Our Lady of Good Success in Ecuador. Our Lady told Mother Mariana that in the 20th century “the Church will find herself attacked by terrible hordes of the Masonic sect.” In 1917, Saint Maximilian Kolbe saw freemasons conducting their bicentenary demonstration, displaying banners: “‘Satan must reign in the Vatican. The Pope will be his slave.’”  If the Dean of the Roman Rota is a freemason, he should be removed.

See my petition to the Signatura HERE. Anyone sharing my concerns is welcome to download and send similar letter and exhibits. Send it to the Papal Nuncio in Washington DC, asking him to forward your complaint to the Supreme Tribunal of the Signatura also (let me know of any reply). 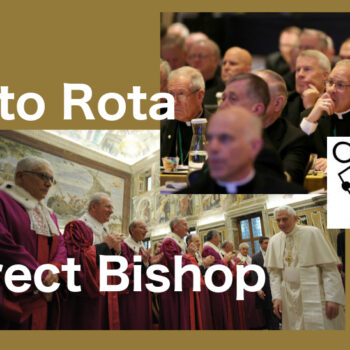 Plea to Cardinal Sarah - Deliver us from No-fault Divorce 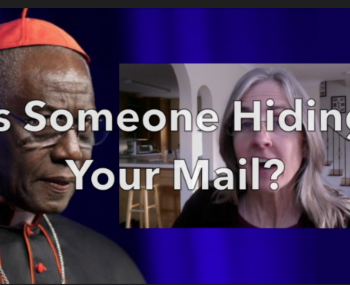