A Nebraska husband who has been married for 32 years is a divorce defendant that asked the Court to dismiss the whole case because he is asserting that Nebraska’s state laws are unconstitutional. Mary’s Advocates, a non-profit organization upholding marriage, has obtained the public records of the case.  Because Mary’s Advocates seeks reconciliation of marriages, the identifying information of the couple has been redacted in Plaintiff-wife’s complaint for divorce and the Defendant-husband’s preliminary challenge of unconstitutionality.

Readers might get lost in the legal jargon used in his request for the Court to dismiss his case. Husband defendant is asserting that the state Court lacks subject-matter jurisdiction to issue the judgments that his wife is requesting. The powers of the states are limited by the U.S. Constitution and the states’ constitutions. State legislators could enact laws that are actually illegal, and those laws can be corrected when someone aggrieved by the laws brings a challenge. 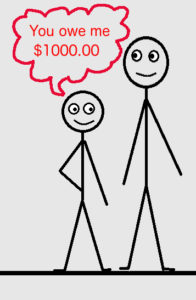 For example, if Nebraska legislators enacted a law saying that any short plaintiff less that 5’7” can request a civil court judge to force a tall defendant (over 5’7”) to pay the plaintiff $1000, a court would issue a judgement against the tall defendant.  If a tall defendant complained to the court that this law is unconstitutional, the court would have to refrain from issuing the order until after the challenge against constitutionality was resolved.  One reason this ridiculous law would be unconstitutional is that it denies each defendant’s right to due-process and fair notice. Due process and fair notice include informing the defendant of the harm the defendant allegedly caused the plaintiff — and the real possibility of the defendant proving himself innocent.  Tall people are doing no lawfully restricted harm to short people, so said law would be unconstitutional. Another reason is that it is absolutely impossible for any person over 5’7″ to prove oneself to be less that 5’7”.  Violations of due process and fair notice are a reason for a court to lack “subject-matter jurisdiction.”

The current divorce statutes show that grounds for divorce exist if plaintiff asserts that the marriage has become irretrievably broken. Defendant-husband asserts, “The plaintiff fails to present a legal dispute, case or controversy. Plaintiff does not present a material question of fact as to the cause of action. Plaintiff is only requesting that this Court render an advisory opinion as to whether it thinks the marriage has become irretrievably broken.”

With correct due process and fair notice, a plaintiff has no right to bring a civil complaint against a defendant unless the defendant is alleged to violate some legally protected right.  Just as legislators cannot invent a right to have no tall people around, the legislators cannot invent the right for all spouses to “feel” their marriage is not broken. This is subjective gobbledygook.

The Nebraska wife, furthermore, asked the Court to evict her husband from the marital home. In Nebraska, divorce judges routinely evict innocent defendants from their homes because the statutes show a divorce judge can evict a defendant simply because the plaintiff says, “emotional harm would otherwise result.” The U.S. Constitution restricts states’ power to deprive one of property because property is a fundamental right. Marriage is also a fundamental right. When states’ legislators interfere with residents’ fundamental rights, as said by the husband, “the State may not apply its usual deference to the constitutionality of the statute. Rather, the strict scrutiny standard must be applied. This alters the burden of proof to the State. The State must, therefore, prove that the divorce statute serves a compelling State interest.”

In coming weeks, the local Court will either ignore, deny, or grant the defendant husband’s motion to dismiss the complaint for divorce. Court rules require that the Nebraska state Attorney General be notified and offered the right to weigh in on the challenges against the constitutionality of state statutes. 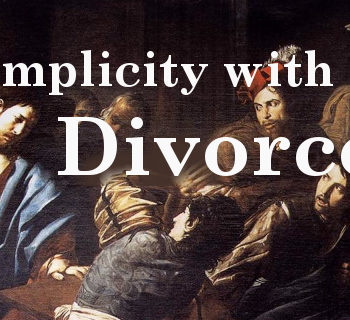