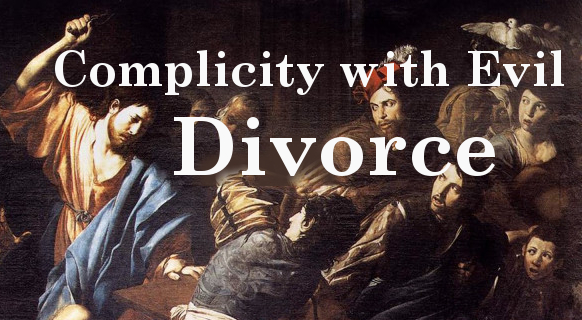 Consider a question raised by a divorce defendant who financially provided for his stay-at-home wife and now-adult children.

Could a sincere Catholic refuse to obey the Court’s orders forcing him to leave the marital home, give his wife half their property, and pay her alimony and attorney fees, on the grounds that following orders would be complicit in the evil of divorce?

We have these reactions because we are making moral judgments about good, evil, and justice.  When bride and groom marry, they agree to uphold certain promises. They agree, for example, to cooperate to maintain a common marital home, including contributing their full share toward the material good (labor and financial) of the household. For those who enter Catholic marriage, only in limited grave circumstances, judged by the ecclesiastic authority, is separation of spouses tolerable.  If a husband has done nothing grave reneging on his marriage promises, like dangerous abuse, or adultery, his wife has no justified reason to separate. The Catechism of the Catholic Church specifies that divorce is a fracturing of the marital contract to live together.

A sincere Catholic is always aiming toward reconciling with one’s spouse.  If a wife reneges on her marriage promises, refuses to cooperate with experts that have experience helping couples overcome their difficulties, and files for civil divorce against her husband, she is committing a grave offense against nature that is immoral.

If her husband were to participate directly and voluntarily in her grave offenses, he would be cooperating with her sins, which would be his sin. On the contrary, he has the obligation to attempt to hinder her from committing sins (Catechism CCC 1868 below). He should not be an accomplice to her sin, giving rise to a social situation that is contrary to the divine goodness (CCC 1869).

Furthermore, if husband pays his wife alimony (so she can afford to fracture the marriage contract to live together), he is confirming her malicious act which is an offense against truth. A husband’s adulation of his wife’s grave sins is his grave fault because it makes him an accomplice in another’s vices or grave sins (CCC 2480). See accomplice in the Catholic Encyclopedia

It is immoral to be an explicit, formal, cooperator with objective evil. An abandoning-wife is a primary agent of morally wrong behavior. However, a husband should not be a cooperator who willingly participants explicitly supporting and enabling evil. If a husband leaves the martial home and financially supports his wife immoral abandonment of the marital life, he’s materially cooperating with evil.

With no-fault divorce, the Courts are like judges ordering a husband to provide for his wife’s and children’s cocaine; Courts are like judges ordering tenants to pay rent for properties the tenants are not allowed to occupy.  If a Husband-defendant refuses to be an accomplice in his wife’s marital abandonment, he may risk the sheriff throwing him in jail or on the street, and he may risk court-ordered liens on property and draining of his bank accounts.

Catechism of the Catholic Church

The Proliferation of Sin
1868:  Sin is a personal act. Moreover, we have a responsibility for the sins committed by others when we cooperate in them:
– by participating directly and voluntarily in them;
– by ordering, advising, praising, or approving them;
– by not disclosing or not hindering them when we have an obligation to do so;
– by protecting evil-doers.

1869: Thus sin makes men accomplices of one another and causes concupiscence, violence, and injustice to reign among them. Sins give rise to social situations and institutions that are contrary to the divine goodness. “Structures of sin” are the expression and effect of personal sins. They lead their victims to do evil in their turn. In an analogous sense, they constitute a “social sin.” [note 144 John Paul II, Reconciliation and Penance RP 16.]

Offenses Against Truth
2480: Every word or attitude is forbidden which by flattery, adulation, or complaisance encourages and confirms another in malicious acts and perverse conduct. Adulation is a grave fault if it makes one an accomplice in another’s vices or grave sins. Neither the desire to be of service nor friendship justifies duplicitous speech. Adulation is a venial sin when it only seeks to be agreeable, to avoid evil, to meet a need, or to obtain legitimate advantages. 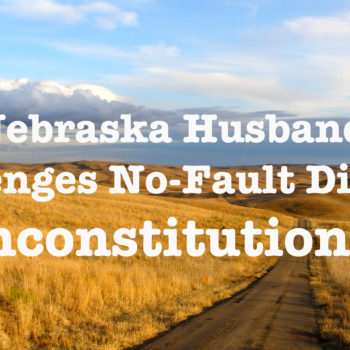