Lifelong Marriage Not only an “ideal” Goal 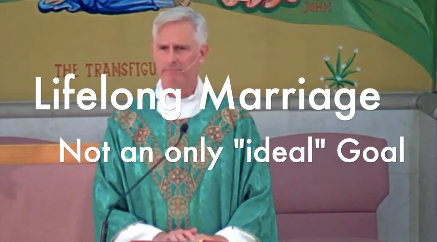 Lifelong Marriage Not only an “ideal” Goal

Fr. Sebastian Walshe, O.Praem., is the author of a new book, “Understanding Marriage, A Catholic Perspective” and he recently spoke about marriage at a parish in Arizona. He sets out a clear, timeless definition of marriage: “Marriage is the lifelong communion of a man and woman, established by their free consent, for the sake of the generation and education of children.” In both his book and his presentation, he begins talking about marriage from a natural perspective that can be understood by someone of any faith background.

In his book, Understanding Marriage and Family, Fr. Sebastian corrects those who assume education means that the children attended competitive schools: 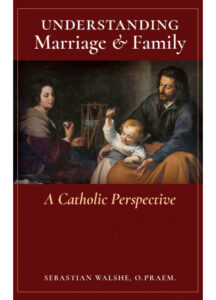 “Objection: Many children from homes where their parents are divorced receive excellent education’s. Therefore, a lifelong union between the parents is not essential to fulfill this purpose of marriage. Answer: Again, education as found in the definition of marriage does not primarily refer to an academic education, but rather to moral formation. And for children to see an example of infidelity or inconsistency in love between their parents is clearly not an example of moral virtue” (p. 96).

Using natural reason, he demonstrates that marriage must be lifelong. Parents are the educators of their children for generations, not only until, as he says, a child is established enough to own his own car.

Fr. Sebastian sympathetically and graciously addresses popular objections, “What about the wife whose husband is physically abusive?”  Separation, in certain circumstances, is justified, but this does not end a marriage, nor free someone to enter a marriage with a new partner. One cannot give to a new spouse the exclusive right to the conjugal act that he/she had previously promised to another.

For those who think that difficult marriage justifies divorce, Fr. Sebastian gives a great analogy. If you had a toothache and it hurt to eat, we recognize that it is absurd to stop eating as the solution.  Eating is not the problem; the sore tooth is the problem.  Similarly, if marriage hurts, the marriage is not the problem, and divorce is not the solution. Sin and lack of virtue are the problem, not the marriage itself.  The solution is to address the individual spouses’ lack of virtue. He says, “A priest who tells a couple (where there is abuse) that ‘you should stop being married’ is giving bad advice.”

For those who have been abandoned, Fr. Sebastian explains how human love is not contingent. Marriage promises don’t start with “if.” He instructs abandoned spouses of the value of remaining faithful. It is good for the individual, the other spouse, children, and the culture. Prior to talking about the sacramentality of marriage, Fr. Sebastian cautions that the government is presently is claiming authority over marriage that does not belong to the state.

In a 50-minute interview by Jennifer Roback Morse, at the Ruth Institute, he said “There are laws that favor the person who is most interested in lust.”

Fr. Sebastian Walshe, O.Praem., is a Norbertine Canon of the Abbey of St. Michael in the Diocese of Orange, California, where he is a professor of philosophy for the seminary program.  I’m grateful  that he supports separated faithful, and I’m letting him know about the faithful spouses’ network and Mary’s Advocates book, “The Gift of Self, A Spiritual Companion For Separated And Divorced Faithful To The Sacrament Of Marriage. Plus, I’m sharing our canon law petition, for those whose professed Catholic spouse abandons marriage and files for civil divorce. 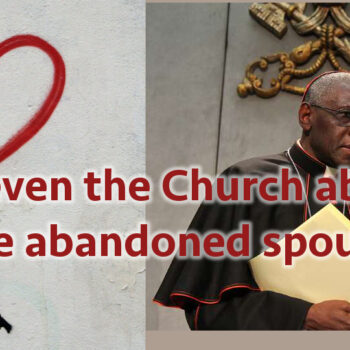 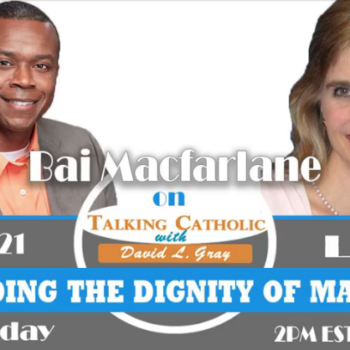