Defendant Appeal – Annulment Case should be Thrown Out

A defendant in a marriage annulment case is appealing to the Tribunal of the Roman Rota accusing the local Tribunal of violating the Church’s own canon law severely much, that the whole case should be thrown out.  We’ll call the woman-defendant Linda and no identifying or confidential information is revealed in the redacted version of her appeal published on Mary’s Advocates HERE.

Linda believes her marriage is valid. In canon law, the defendant is called a respondent and Linda complains that the local U.S.A. Tribunal personnel misled her husband, resulting in him submitting a petition without having the correct understanding of the grounds for annulment. In the United States, the most common ground for annulment is “grave lack of discretion” (canon 1095.2).  This ground is only supposed to apply to those suffering from a grave psychic anomaly or mental illness on their wedding day. Linda says that if her husband signed a petition based on erroneous understanding of what he was signing, his petition is an “invalid juridical act caused by error.”  She shows the appellate Tribunal of the Roman Rota excerpts from the educational material published by the local U.S.A. Tribunal which she alleged is misleading everyone on the meaning of the grounds for annulment.

Linda also complains that her right of defense was violated by the local U.S.A Tribunal and it was impossible for her to properly participate because they never gave her what the law requires at the beginning of the case.  Everyone who alleges that their marriage is invalid can to start the case by sending to the judge of the Tribunal a formal complaint in which petitioner describes, in a general way, the facts and proofs upon which he is relying to support his accusation of invalidity. Plus, he’s required to specify the lawful basis (grounds) of nullity that he alleges. The judge needs this information when deciding whether to accept the petition. Once the judge accepted her husband’s petition for an investigation, the judge was supposed to send a copy of the petition to Linda.

In Linda’s case, the document the judge sent her were arguably not even a legitimate petition and the judge should have rejected it, says Linda.  The husband only says the parties (plural) were too immature to demonstrate the discretionary judgment needed at the time of marriage. In Linda’s appeal, she cites teachings from two Popes and the Appellate Tribunal of the Roman Rota showing that immaturity, in itself, is not basis for invalidity of a marriage.

She also complains the local U.S.A. Tribunal judge illegally collected answers to a lengthy questionnaire prior to him formally limiting what ground for nullity were to be investigated. Linda argues that this puts any defending respondent at a disadvantage. She says no information kept secret from the respondent can be used by the judge when limiting the grounds for nullity being investigated. Before a judge starts collecting testimony, the law requires him to set by formal decree the grounds which are going to be investigated. Linda points to the local U.S.A Tribunal’s publications and instructions about annulment to support her assertion that the illicit practice is used in all cases.

The tribunals in the U.S.A. routinely hire private psychologist to be extra witnesses in an annulment case and their psychologist-witness says that one party was too disturbed at the time of marriage be able to validly consent to choose marriage. Linda argues that she a right to read the testimony submitted by the psychologist attacking the validity of her marriage.

Several publishers have recently released books that shed light on the misuse of psychological grounds for nullity of marriage.

From the Tribunal of the Roman Rota, Linda is seeking a judgement instructing the U.S.A. Tribunal to correct the disinformation they are spreading about the meaning of grounds for annulment – particularly canon 1095.2 “grave lack of discretion of judgment.” She asks for all the testimony collected prematurely to be returned to both parties, and that the original unacceptable petition of her husband be rejected.  Thereafter, if her husband wants to petition for an annulment and he wants to accuse himself of having a mental illness or grave psychic anomaly, Linda says let him start over with a correctly worded petition. 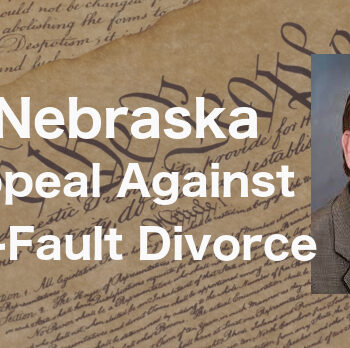 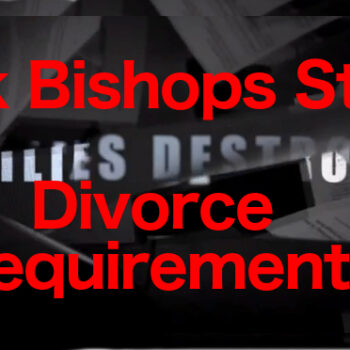