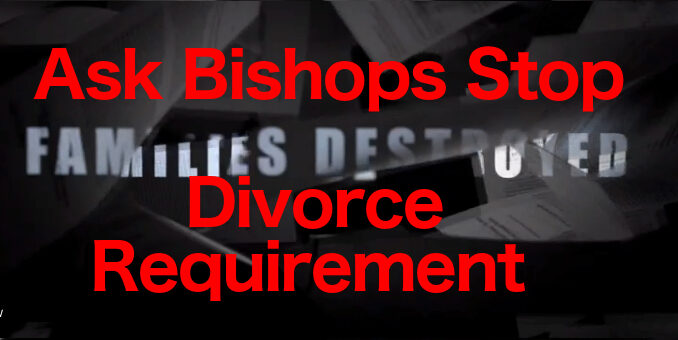 Members of the Catholic faithful connected with Mary’s Advocates are asking each of their bishops to “correct problematic statements published by the diocese.”  Mary’s Advocates is a non-profit organization with the mission to reduce unilateral no-fault divorce and support those who are unjustly abandoned. The Tribunals of each diocese require anyone who wants to petition for a Church annulment to have a civil divorce first, but none of the dioceses require the implementation of the canon law that should be applied prior to civil divorce. Dioceses teach that divorced persons can receive the Sacraments and Holy Communion.

For Catholics, only those who are not in grave sin are supposed to be receiving Holy Communion and the Catechism teaches that divorce, by default, is immoral and a grave offense against nature.  The Catholic Code of Canon Law establishes the limits on when divorce “can be legitimate in certain cases” (CCC. 2383, CIC can. 1151-1155 & 1692).

With no-fault divorce, many Plaintiffs filing for civil divorce are marital abandoners who cause lifelong harm to the other spouse and children. Furthermore, many adulterers, abandoners, and abusers, are wrongfully relieved of most of their moral and material obligations by the secular courts.  Additionally, when one spouse hires a lawyer, the other must defend himself. The U.S. family law industry collects $50 billion a year according to the producers of the movie, “Divorce Corp.”

Each bishop was sent a letter like THIS showing statements published by his diocese:

Those pleading with their bishops said, “These statements harm faith and good morals relative to civil divorce.” When Tribunals require a civil divorce prior to accepting a petition in a Church annulment case, the letters say the faithful are wrongly taught, “that a spouse has the right, on his own volition, to judge his own separation case and decide to approach the civil forum, with no canonical ecclesiastic intervention.” Each bishop was told that “diocesan statements give the incorrect impression that the only obligation of marriage that is of interest to the Church is the obligation to avoid attempting a so-called second marriage without an annulment first.”

This years’ Canon Law Society of America convention mailer says, “Following a near-total absence of several decades, many dioceses in the United States have begun to receive petitions regarding the canonical separation of the spouses, apparently fueled by promotion of the concept in certain corners of the Catholic internet.” Their convention includes a presentation on The Separation of the Spouses. Mary’s Advocates is that certain corner of the internet promoting the concept of implementing our own canon law on separation as a means of serving justice, preventing scandal, and providing pastoral care that results in reconciliation rather than spreading the plague of divorce (See CCC 2385 plague on society).

If anyone wants to write a similar plea like THIS to his own bishop, contact Bai Macfarlane at ma.defending@marysadvocates.org

Defendant Appeal - Annulment Case should be Thrown Out 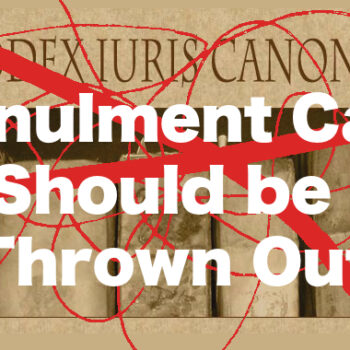 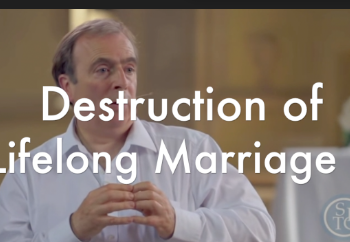