Bianchi, Paolo.
When Is Marriage Null? Guide to the Grounds of Matrimonial Nullity for Pastors, Counselors, and Lay Faithful.
San Francisco: Ignatius Press, 2015.

This book has a forward by Cardinal Raymond Burke, who served as the Prefect of the Supreme Tribunal of the Signatura.

Page 195-196, in context of canon 1095:
“Guide for the counselor.  A counselor of a couple who is considering the possibility of an involuntary defect of consent for lack of sufficient use of reason or for a lack of discretion of judgment would have to investigate the following points:

… 8. How the subject fulfilled his marital duties. Indeed, although we must not forget that the incapacity to fulfill the obligations that one has assumed is a separate heading of nullity because of a defect of the object of consent (cf. can. 1095, 3°), it is nevertheless difficult to imagine that someone who was incapable of assessing the obligations of marriage and of resolving to assume them would then have observed them perfectly, maybe even for a long time. One would have to expect, more reasonably, some failure in the carrying out of these delegations as well.”

Page 124-125 unity in context of canon 1101 exclusion
Soley by way of example we can say in translation the words of a decision of the Roman Rota. After recalling the conciliar teaching that the intimate union resulting from the mutual self-gift of the spouses and also the good of offspring demand the spouses’ is total fidelity, the decision states, “Today the distinction between the exclusion of the bonum fidei and the exclusion of unity is clear: the first implies the denial of the exclusive right to conjugal asks relative relative to the spouse, while the other intends to grant it to other persons. 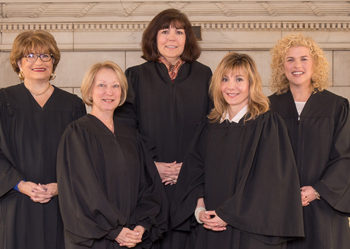 Formulation of the Doubt, by Prof. Moneta