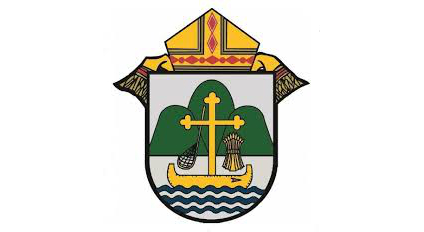 In August, 2004, 13 months after a Plaintiff filed in the civil court,  a Defendant submitted a pleading to the civil court asking that jurisdiction be transferred in a divorce case to the Roman Catholic Church.

3.  My experience in education is the following:

This is the reason why the Church normally requires that the faithful contract marriage according to the ecclesiastical form. Several reasons converge to explain this requirement;

Sacramental marriage is a liturgical act. It is therefore appropriate that it should be celebrated in the public liturgy of the Church;

Marriage introduces one into an ecclesial order, and creates rights and duties in the Church between the spouses and towards their children;

Since marriage is a state of life in the Church, certainty about it is necessary (hence the obligation to have witnesses);

The public character of the consent protects the I do once given and helps the spouses remain faithful to it.

The word order in Roman antiquity designated an established civil body, especially a governing body. Ordinatio means incorporation into an ordo. In the Church there are established bodies which Tradition, not without basis in Sacred Scripture, has since ancient times called taxeis (Greek)or ordines. And so the liturgy speaks of the ordo episcoporum, the ordo presbyterorum, the ordo diaconorum. Other groups also receive this name of ordo: catechumens, virgins, spouses, widows,

5.  Among the effects of being incorporated into the ecclesial order of spouses is the assumption of certain rights and duties towards one’s spouse and one’s children. (See supra., Catechism of the Catholic Church, No. 1631). These rights and duties are governed by canon law.

Even if only one party is Catholic, the marriage of Catholics is governed not only by divine law, but also by canon law, without prejudice to the competence of civil authority concerning the merely civil effects of the same marriage.

6. Among the rights and duties that bind those in the order of spouses are the duty and the right to preserve conjugal living unless a legitimate cause excuses them (cf. Code of Canon Law, canon 1151).

b) In fact completed marriage preparation sessions according to the Marriage Policy of the Diocese of [NAMED];

10.  It is also undisputed that Plaintiff and Defendant did in fact contract marriage within the Roman Catholic Church through the proper Roman Catholic ecclesiastical form (Rite of Marriage) and thus were introduced into the ecclesial order of spouses, pursuant to Catechism of the Catholic Church, No. 1631.

11. Therefore, given the above points in law and in fact, it is concluded that Plaintiff and Defendant understood the rights and duties of marriage within the Roman Catholic Church and sought marriage within the Roman Catholic Church, which de facto includes the assumption of the rights and duties of the order of spouses (cf. Catechism of the Catholic Church, No. 1631), including those of separation of the spouses pursuant to Code of Canon Law, canons 1151-1155 and 1692-1696.

12. Therefore, it is also concluded that Plaintiff and Defendant, by virtue of their seeking and actually entering into marriage within and according to the laws and rites of the Roman Catholic Church, have de facto an antenuptial agreement to adhere to the rights and duties proper to the order of spouses, as governed by the canonical laws of the Roman Catholic Church, including those of separation of the spouses pursuant to Code of Canon Law, canons 1151-1155 and 1692-1696.

Sworn and signed before me on this 30th day of July, 2004, by Benedict T. Nguyen having personally appeared before me, the undersigned Notary Public, and known to me or satisfactorily proven to be the person whose name is subscribed to the above Affidavit. I attest that the principal appears to be of sound mind and not under or subject to duress, fraud or undue influence.