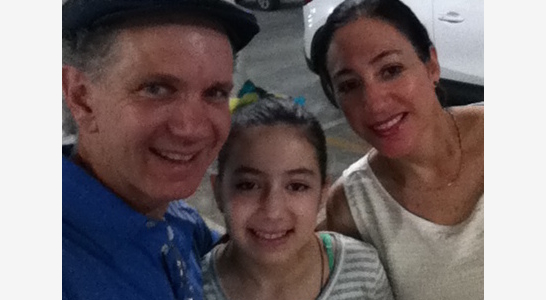 Nov. 6, 2015. A twelve-year old girl, whose parents married in 2002, is thrilled that her parents are reconciling after having been separated for seven years. Craig Walterscheid said, “Forgiving my wife and in-laws, for what I perceived as their destruction of our marriage, was the key that opened the door to reconciling my marriage.”

In an interview with Mary’s Advocates, Craig said he and his wife, Beatriz, were serious Christians when they married, who would never miss attending Catholic Mass on Sundays. Craig explained, “Soon after marriage, my wife and I regularly had heated arguments. After three years of marriage, she and our daughter left our marital home and moved in with her parents who lived over 1500 miles away.” Craig said that they both figured separation was the solution to their marital problems, though neither of them liked the idea.

Because Craig believed is the indissolubility of marriage, he never expected to act single and find a new partner. Neither party filed for civil divorce. For a couple of years, Craig would make the trip to spend time with his estranged wife and daughter. At that time, Craig said his wife seemed guarded and distant. In 2007, after a few definitive e-mails, Craig said he and his wife just stopped corresponding altogether.

Craig explained that he became resigned to accept his version of reality, that is, his in-laws had taken his wife and daughter away. In 2013, he read a book that got him thinking about possibilities of reconciling: Como Salvé Mi Matrimonio (How I Saved My Marriage), by Maricruz. Thereafter, he saw a full page ad for the book “The Gift of Self” on the back cover of an old copy of the magazine “Homiletic and Pastoral Review.” The advertisement contained an endorsement for the book by the Vicar General of the Archdiocese of St. Paul and Minneapolis, who wrote, “‘The Gift of Self’ reminds us that any true gift is offered in the image of Christ. For that very reason, even when in the sacrament of marriage, a spouse experiences neglect, betrayal or separation, the gift of self can be faithful and, as such, sanctifying.”

Craig ordered “The Gift of Self, A Spiritual Companion for Separated and Divorced Faithful to the Sacrament of Marriage” and he was so touched by a prayer in the appendix that he started reciting it daily. When praying the “Prayer for My Separated or Divorced Spouse,” and thinking about his wife, Craig said to God the Father, “You consecrated us to be one flesh, so as to live the same love which makes You Triune.” Craig prayed, “May You be praised, Father so rich in mercy, for having placed Your forgiveness in my heart toward Beatriz. I beg You, allow my spouse to open her heart to welcome this forgiveness, and to grant me forgiveness in return. Reconcile us, Lord.” Craig says that he worked on forgiving his wife and accepting the outcome on a daily basis, no matter what happened. Without even having contact with his wife, Craig said, “I grew closer to her by praying this prayer every day, and I began to see that if I could forgive her, there was the possibility that she could forgive me too.”

In December 2013, Craig said he decided to try to reconcile with his wife. He said “A widow friend of mine was instrumental in convincing me of my duty to make a reconciliation attempt.” He flew 1500 miles and met with a good friend and the priest that presided over the couple’s wedding. The priest was willing to try to help and he phoned Beatriz, asking her to meet with Craig. Beatriz at first said no, but the priest, according to Craig, pleaded very, very strongly with her, and she finally agreed to meet him.

When Craig drove to Beatriz’ parents’ house, he had his doubts about whether she would really come out to meet him or not. Maybe she would have changed her mind. But she did come out, and Craig said that the guarded look on her face was gone. He was invited inside and they visited with each other and their daughter, not talking specifically about reconciling.

Later that day, they discovered that they both wanted to reconcile. Craig said that he regrets not following through on another priest’s advice years earlier urging them to seek good counseling from someone experienced helping marriages. He wished some priest who knew them and his in-laws would have challenged their situation. Craig said that the arguments they had were not so bad that there was a morally legitimate reason for separation of spouses. He said no one was in grave danger, such that separation was the only way to be safe.

Craig warned that, “it is key that couples know the real enemy and realize that the devil is out there definitely wanting to destroy marriages. Spouses need to see little problems as being surmountable and nip them in the bud.” He emphasized, “Never go to bed angry.” 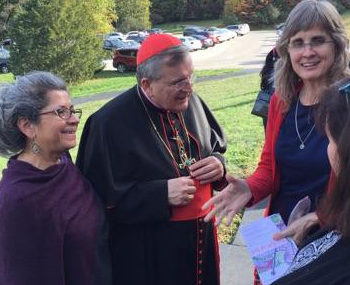 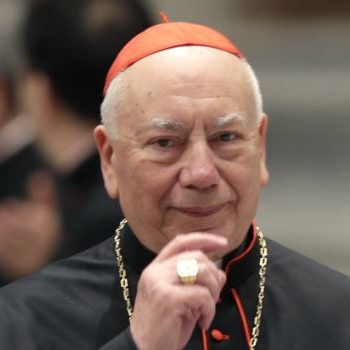