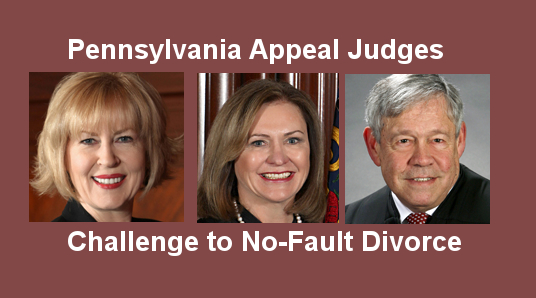 The appeal is by Ryan Pankoe, who was left by his wife that filed a plea for unilateral no-fault divorce. He is the chief of an ambulance company, an eagle scout, and a scout leader. Ryan and his wife have two sons and Ryan says he is defending his fundamental rights and hopes to also help others (watch video of Ryan).

When a state law impairs upon fundamental rights, and an aggrieved party makes a complaint that the statute is unconstitutional, the burden of proof is on the state to prove why the statute serves the public interest and that the law is necessary to serve that interest (i.e. the strict scrutiny standard). When a statute is unconstitutional, the court has no subject matter jurisdiction and the case must be dismissed. Marriage, children, and property are fundamental rights. In his appeal, Ryan argues in favor of three questions (July 15, 2019 appeal, page 6, see listed below):

The husband is not asking this Court to impose a religious doctrine or adhere to the laws of God. The husband is asking this Court to adhere to the laws of man, to the civil law, and to the constitutional law. This controversy is not based on the tension between religious law and civil law, contrary to the Trial Court’s distorted conclusions. Instead, this controversy reflects the tension between constitutional law and ideology – the regulation of conduct versus the regulation of ideas  (July 15, 2019 appeal, pg. 23).

When a judge is forced by the statue to exercise no discretion because the statute itself dictates a predetermined outcome in every case, the judge is not acting in a judicial capacity, but only in a ministerial capacity and this is a violation of separation of powers and due process. The Pennsylvania no-fault divorce statute prescribes the granting of divorce after a plaintiff has been separated from the defendant for two years if she says she feels her marriage is irretrievably broken.  In Ryan’s appeal, he explained how his wife’s lawyer argued that the divorce decree was not a ministerial act because of the statutory requirement of living separated and apart. However, Ryan asserts that the 2-year separation does not invoke judicial exercise of judgment, but is rather a clerical determination.

Ryan’s wife’s lawyer on August 6 submitted her Appellee’s Brief. Much text was spent discussing Ryan’s Christian beliefs which are irrelevant to the appeal. Ryan’s point is that the statute’s requirement for the plaintiff to assert, “Our marriage is irretrievably broken” is based on the private belief and viewpoint of the plaintiff, not the conduct of the defendant. In addition, the wife’s lawyer said that “The Supreme Court of the United States does not require the establishment of fault, or ‘legal liability’.”  In his reply brief submitted on August 20, Ryan responded “This is a patently false and misleading statement from which all other of the opposition’s false and misleading statements proceed.”

Ryan repeatedly says that there is no rightful means of invoking judicial action unless there is some duty or obligation of the defendant which the defendant is accused of neglecting to uphold. In Pennsylvania no-fault divorce, it is obviously impossible for a defendant to have the duty over the plaintiff’s free-will choice to leave their home.

The husband is not responsible for the actions of other people, and could not therefore contest the actions of others. This too demonstrates that the husband was without defense. The “opportunity” to defend would require that the husband possessed the ability to avoid the conduct he is being accused of. Since there is no allegation of wrongdoing in the divorce complaint, there is no opportunity to defend that which does not exist – even if there is a mock trial hearing (Aug. 20, 2019, Appellant Reply, pg. 14).

Other appeals against no-fault divorce were listed in Ryan’s reply to his wife’s lawyer. Ryan commented on them to further his own arguments that there is something fundamentally unconstitutional about the statutes themselves.

It seems not even the courts want to address the precise controversy; and it is curious that the only group that wishes to pronounce no-fault laws as being constitutionally valid is the Family Law Section. Far more states have never properly raised constitutional challenges on this subject, likely because of the conflict of interest that exists within the Family Law Section of the State Bar Associations. It is well-documented that this special interest group, of which divorce attorneys are beholden to, consistently quash legislative attempts at removing no-fault statutes by the legislative process. It does not require much effort to imagine why constitutional challenges in the courts have either been absent or sabotaged.

When Ryan sent his reply brief to the appellate court, he also asked that any judge who was ever a divorce lawyer recuse himself/herself (see letter below).

Conflicts of interest are likely to arise if and when presiding Judges have previously been involved in the private practice of litigating divorce, thereby having accumulated personal profits at the expense of family breakdown and benefiting from the No-Fault divorce system.” […] “There is a direct correlation, and in fact causation, between the prevalence of divorce and the financial wealth gained by private attorneys.

Ryan is waiting for the 3-judge panel to issue their judgement. If they rule against him, he can appeal the Pennsylvania Supreme Court. He’d first, however, have to ask for his appeal to be heard en banc by nine judges in the Superior Court of appeals. 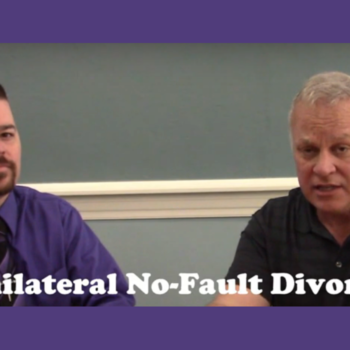 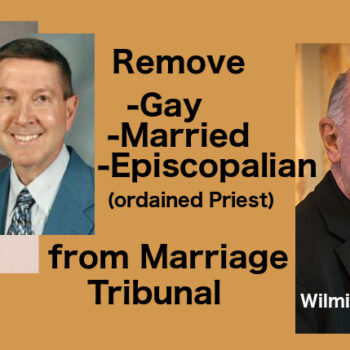