Questioning the Mantra “All divorced can get Communion”

I am bringing to your attention concerns about a statement published by the diocese which could give scandal to readers by leading them to believe that objective sins are not sinful. It is problematic that readers are taught that all divorce parties can receive the Eucharist (with the exception of those in second unions).

The non-profit organization Mary’s Advocates upholds marriage against no-fault divorce and we conclude that civil courts routinely issue decrees that are contrary to divine law, and horrifically costly to parties that have done nothing grave enough to justify separation of spouses. Even for cases in which there is a legitimate moral basis for temporary separation, the civil divorce decrees are permanent and arguably cruel to the whole family.

I am asking you to review this statement in your publications and consider my concerns.

Common Questions Regarding Divorce and Remarriage in the Catholic Church
There is nothing in the law of the Church that prevents a divorced Catholic from receiving the Eucharist and the other sacraments.

The Catechism teaches that divorce is an immoral, grave offense against nature, and only tolerable in delimited circumstances, so it would be erroneous to teach that all parties in divorce can receive Communion or are committing no objective sins. Even if one allows that some of the parties did commit objective sins, it would be erroneous to teach that they all have the firm resolve to stop committing the objective sin, which would be required before they can be absolved of said sins in Reconciliation.

In Amoris Laetitia (The Joy of Love), Pope Francis, citing the concluding report from the 2014 Bishops’ Synod, wrote about diocesan mediation:

The Synod Fathers noted that ‘special discernment is indispensable for the pastoral care of those who are separated, divorced or abandoned. Respect needs to be shown especially for the sufferings of those who have unjustly endured separation, divorce or abandonment, or those who have been forced by maltreatment from a husband or a wife to interrupt their life together. […] Pastoral care must necessarily include efforts at reconciliation and mediation, through the establishment of specialized counseling centres in dioceses’ (Par. 242).

Acquaintances of one abandoning a marriage may conclude, after reading your flyer [or webpage], that they must not ask the abandoner to stop—because it says all those who divorce can receive the Eucharist. Those reading the flyer would not challenge an abandoner for forcing divorce on the other spouse who is pleading for reconciliation and has done nothing grave enough to justify separation of spouses. Even if a party needs to interrupt the conjugal life due to maltreatment from a husband or wife, the civil forum’s decrees give scandal to children and do not require the guilty party to uphold the obligations of support that were promised in Catholic marriage.

Pope Francis raises questions about parties in second unions. This author believes these questions should be explored at the time of marital crisis, not only reserved until after an irregular situation exists: “how did they act towards their children when the conjugal union entered into crisis; whether or not they made attempts at reconciliation; what has become of the abandoned party” (Amoris Laetitia Par. 300).

Pope Francis makes distinctions between “the cases of those who made every effort to save their first marriage and were unjustly abandoned” and “the case of someone who has consistently failed in his obligations to the family” (Par. 298).

When speaking about everyone in Amoris Laetitia, Pope Francis does not excuse objective sin.

Naturally, if someone flaunts an objective sin as if it were part of the Christian ideal, or wants to impose something other than what the Church teaches, he or she can in no way presume to teach or preach to others; this is a case of something which separates from the community (cf. Mt 18:17). Such a person needs to listen once more to the Gospel message and its call to conversion (Par. 297).

I have found the Church teaches that outside discernment should occur in cases of separation of spouses. Any party in objective sin needs to be called to conversion. Because marriage is a public institution, a party is not supposed to decide to divorce on his own authority. In the civil forum (when managed by no-fault divorce professionals), there is no attempt to hold a party responsible to maintain the common conjugal life; the party that hopes to keep the family together is criticized, or accused of being controlling because of this hope.

The “Marriage” booklet from the USCCB Sacrament series, originally copyrighted by the Libreria Editrice Vaticana, in a cursory way, describes the gravity of offenses that justify separation.

“The reasons for reaching such an extreme situation must not be petty, such as stubbornness based on pride or lack of generosity in seeking solutions. A decision must be contemplated over a long period of time and be made only after listening to the advise of impartial people who can be recommended for their experience of married life. […] If a person has divorced solely for the property consequences, which cannot be otherwise obtained, and does not attempt to marry again civilly, that person can receive the sacraments of the Church” (34-35).

In our diocese, there is no assurance that the property consequences from civil divorce will be in accord with divine law. Sometimes the guilty party is financially rewarded in the civil forum. Even in invalid marriages, the Church is supposed to instruct the parties of their moral and civil obligations (can. 1689).

In teaching published by the diocese that discuss divorce, will you please add something about the need for authoritative ecclesiastic discernment in divorce situations, wherein both parties have a just chance to be heard. 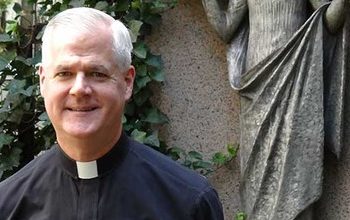 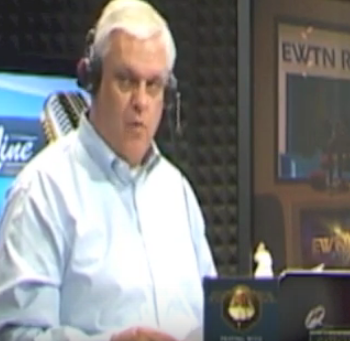