[(Mary’s Advocates’ note) Cappello, in Section 838,  shows that a spouse is not allowed to seek a civil divorce without having first undergone a canonical case. This case would involve an ecclesiastic investigation and decision in which the spouse was granted permission (freedom/license) to file for divorce. The section was unchanged from 1947 to 1950 edition. The texts have imprimatur  from Canon Luigi Coccolo
Vicar General, Archdiocese of Turin]

838. As it pertains to spouses, these things must been cared for in practice:

1)  If they themselves do not intend to seek a divorce in order that they may cross into another marriage but only that the marriage be deprived of its civil effects and they on this account be freed from a grave evil and inconvenience, from which by another way they could not be freed, especially by a cause of return, they are able to see it. (cfr. resp. S. Poenitentiariae, 30 iun. 1892; n. 835, 4)
2)  If they can obtain the intended end even by a mere separation in respect to their habitation and goods, it is not permissible for them to seek a sentence of divorce {this is the language here, it does not say ‘a declaration of nullity’, but ‘sentence of divorce}.
3)  If the spouses seek the dissolution of the bond itself in order that they cross into another marriages (or marriages), it is not permissible for them to seek a divorce, because they seek a bad thing which is repugnant to divine law.
4)  Since matrimonial cases pertain to the Church, it is not permissible for spouses to seek a civil divorce, unless they have obtained a canonical license of separation first.

[(Mary’s Advocates’ note) Cappello, in Section 829,  describes what the legislator meant by making marriage exceedingly difficult. One of the grounds for separation of spouse in the 1983 code is rendering the common life too difficult.]

Translation/Summary: Exceedingly difficult common life means that there’s cruel and harsh treatment, though this needs to be considered from various angles e.g. how long it’s happening, and the character and condition of the spouses, since what might seem fine to a less educated or common wife might be intolerable to an educated and well-born wife. It can also involve continuous abuse or hatred of one party towards another.

[(Mary’s Advocates Translation and note) Canon lawyer, Ed Peters, provided citations from this section in article to which I wrote a rebuttal found HERE. The section was unchanged from 1947 to 1950 edition]

831. Whether a civil separation should be reckoned as legitimate and whether spouses may be of clear conscience [in such a circumstance].

1)  If a particular ability [facultas] or delegated authority has been conceded by the Holy See, as it is today in Italy according to article 34 of 1949 concordat, without a doubt the civil authority proceeds validly and licitly and spouses may seek that magistrate/office, provided that nothing is done against divine or ecclesiastic law.

2)  If the aforementioned delegated authority should not have been conceded and the civil law recognizes a sentence pronounced separate from the ecclesial judge, and attributes to him [i.e., the ecclesial judge] the juridical outcomes in their own competency [or forum], then spouses cannot go to this civil magistrate/office in order to seek a separation, nor can lawyers or advocates work to this end. For there is no just cause in the case whatsoever whereby without a recourse to the competent ecclesial authority one may have recourse to the civil magistrate.

3)  If in a civil forum the separation having been decided by the ecclesial authority should not be recognized, and thus it should not be assigned its civil effects, the opinion of the experts in three-fold:

a) Some say that the Church may in no way permit that spouses approach the civil magistrate and for this reason the sentence preferred by him [the civil magistrate] are illegitimate and may not be held with a clear conscience.
b) Others view it that in only those regions is it right and just to have recourse to the civil authority for those [matters] which there exists a specific declaration of the Holy See. Indeed, they say, a declaration of this sort has only been given for England and France (28), not for other states.
c) Others hold in these things conjoined to matters and places – i.e., with a grave urgent cause, – with the Catholic doctrine regarding the exclusive ecclesial competency regarding matrimonial suits remaining intact, and with the divine and canonical law remaining intact – the Church explicitly or at least implicitly tolerates that spouses approach the civil magistrate in order to seek a separation.

This opinion is truer and is practically safe, and therefore preferable. For on the one hand it is not about an intrinsic evil, otherwise the Holy See would not have given those declarations, furthermore it would not have been able to give them; on the other hand, Catholic doctrine remains intact, the divine and ecclesial law, together with the grave cause that exists, and sometimes the gravest cause of recourse to civil magistrates, especially in order for the protection of patrimonies with the help of civil law.

Each edition has Article VIII, De divortio civil, with subsections 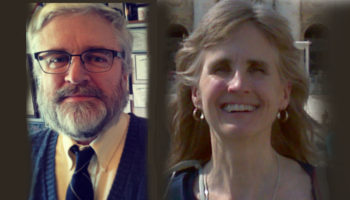 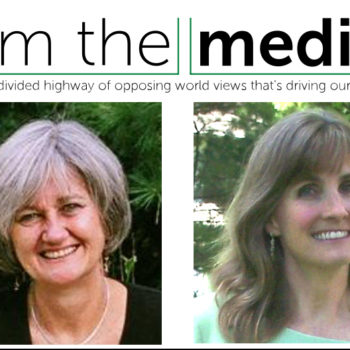