Is it Illegal for the Roman Rota to Exclude Party from Case by Forcing Procurator?

For my readers who are interested in my canon law research, I’ll try to explain the conundrum experienced by appellants.

This blog is about those who are raising a complaint of nullity of sentence against the local tribunal, or who are asking for their rights to pursue an appeal to be retained.  At the Roman Rota, parties have no assurance that the substantial issues in their complaint ever reach the judge.  We are beginning to question if the Roman Rota is appointing an alter ego procurator who speaks on the appellant’s behalf against the appellant’s will.   In canon law, there is a difference between a procurator and an advocate. If a party has enough money (about €3,500 Euro, I think) he can hire his own canon lawyer at the Roman Rota (advocate). Often the party and lawyer agree that the lawyer can also be his procurator (alter ego). But, if party can’t afford to hire a Rota lawyer (advocate), the Dean of the Roman Rota can appoint a free canon lawyer for the party (i.e., advocate). A problem is experienced by party if the judge also appoints a free procurator against the party’s will (to serve as the party’s alter ego).

Consider, for example, a woman in Southeastern United States who feels she was aggrieved by the local tribunal.  She is challenging that the local tribunal had no right to start any investigation whatsoever. The document they claim to be the husband’s petition is illicit because it is signed by no one and it appears that the judge himself could have written the petition on Tribunal letterhead.  In her complaint to the Rota, she attached — as an exhibit — a copy of the illicit petition mailed to her. She insists on having the chance to rebut any claims made by the U.S. Tribunal that they mailed her a different petition than the illicit one she actually received.

Also, Canon law requires the tribunal to let the parties inspect the record of the case, and, thereafter, rebut and defend party’s position in contrast to what is in the record; this is called publication of the acts and completion of the proofs. This woman wanted to inspect the record at the local tribunal and she has copies of letters going back and forth between her and the tribunal showing her desire to read the acts and to be ensured that her completion of the proofs would be added to the record. However, the U.S. tribunal proceeded to issue their decision without her ever reading the record. The woman sent an appeal to the Rota about these procedural violation and gave as documentary evidence copies of the letters exchanged with the local tribunal. Eventually, she received the Rota’s decision deciding that her rights were not violated. The Rota appeared to believe that the woman read the record of the case. However, the woman suspects the Rota judges only saw the U.S. tribunal’s version of events and never even studied what she sent to the Rota. She questions whether the Rota appointed for her a person to be her procurator, and thereafter, this procurator misrepresented her position to the Roman Rota. Or, worse yet, the Rota doesn’t care if a U.S. Tribunal starts a case with an illegal petition and illegally prevents a respondent from inspecting the acts of the case.

In another case, a husband on the West coast wanted to appeal against a nullity of marriage finding by a U.S. tribunal.  The law says that, prior to any deadlines counting down to appeal, a party has to receive his own copy of the full definitive sentence. If a party can’t get a copy of the sentence from the local tribunal, he can ask the appellate tribunal to instruct the lower tribunal to give him his own copy.  Professor William Daniel at the Canon Law School at Catholic University of America says the following (Note 1):

The fundamental element of the right of appeal is the ability to know the full content of the decision — namely, the dispositive part of the decision and the motivating juridical and factual reasons on which it is based. And this is accomplished by means of the institute of publication of the sentence, or the handing over or secure transmission of an integral copy of it (cf. can. 1615)51. This was denied by the Green Bay Tribunal, which only invited the respondent to appear at the tribunal to read the sentence. This had the result of the non-expiration of the peremptory time limits for appeal (cf. can. 1630 §1)[(note 52) «Nec Convento imputari fas est appellationem N. O. proposuisse extra peremptorium terminum, cum neglecta iuris norma de legitima notificatione sententiae, termini peremptorie non cucurrerint». Coram Pinto, decr., 22/06/2001, in RRDecr. 19, 100-104, 103, n. 6.]

Among other things, the husband asked the Roman Rota to assist him in getting his own copy of the full definitive sentence from the U.S. tribunal.  Instead, several years later, the Rota issued a decision affirming that his marriage was invalid. How could they have ruled against his appeal when it was impossible for him to submit his reasons for appeal while he was waiting for their help in getting his own copy of the full sentence? He made recourse to the Signatura, and the Signatura ruled that the Roman Rota violated his rights. Moreover, the Signatura found that the Roman Rota didn’t even have in its records a copy of the man’s complaint against the U.S. tribunal — in which the man was asking for assistance in getting his own copy of the U.S. tribunal’s full definitive sentence.  Now, his case is at the Rota again, and the husband is questioning whether the Rota appointed for him a procurator to serve as his alter ego.  He got a notice from the Rota that a person was appointed as gratuity patrocinii. This translates as free patron, but the person appointed as the patron will not answer the husband’s direct questions about whether the person is appointed as only his advocate and not his procurator. The husband has no idea whether this free patron intends to help him get his own copy of the U.S. tribunal decision, or whether this patron only sees the documents forwarded by the US tribunal?

In both of the above mentioned cases, I’m suggesting to the aggrieved parties that, no matter what happens at the Rota, they reserve their right to make recourse to the Signatura.  I think it is absurd for a Rota judge to be expected to make a just decision when the party complaining against a U.S. tribunal is not even allowed to know what the local tribunal is alleging to support its position that they did nothing wrong. From the party’s perspective, either the Rota is illegally appointing procurators for party against the party’s will, or the procurators are committing grave derelictions of duty by misrepresenting the party’s position.

A procurator can speak on a party’s behalf in many procedural elements of the case, however the procurator is not allowed to actually give testimony instead of the party.  In contrast, an advocate is the party’s canon lawyer who can submit legal briefs, and has other privileges unique to him (Note 2). Naturally, if a party wants to mandate someone to serve as his procurator, the party would ensure that he and the procurator are in regular communications about the processing of the case and procedural rights that the party could preserve. If the procurator had no interest or availability to communicate with the party to learn party’s perspective, this would make no sense.  There are two other job titles that occur in tribunal cases wherein a person has a close role tied to a particular party. If a party is a minor and cannot properly speak for oneself in a canonical trial (verbally, or in writing), the judge can appoint a guardian for the party. Or, if a party is mentally incapable of properly speaking for oneself, the judge can appoint a curator for a party.

If the Roman Rota mismanages a case so badly that their final decision should not go into effect, the tribunal to which the aggrieved party can raise a complaint is the Supreme Tribunal of the Signatura. My readers will recall that Raymond Cardinal Burke was in charge of the Signatura (as prefect). Professor William Daniel at the Catholic University of America had translated Signatura sentences from Latin to English in a 700 page book published in 2011. In there, I found a 1987 Signatura case, in which an aggrieved party was complaining that the Roman Rota violated her rights and questioned if a curator had been illicitly appointed. In the context of that sentence, the Signatura wrote, “The procurator though, represents the party and he needs the party’s mandate in order to act validly in the trial” (note 3). If we trust that the Supreme Tribunal of the Signatura does not make errors in law, then we would conclude that it is illegal for the Roman Rota to appoint a procurator to a party against the party’s will.

Besides the Universal Code of Canon Law published in 1983, the Roman Rota has its own norms.  Those norms show also that a procurator can only work in a case for a party with a mandate from the party. Specifically, Rota Norms, art. 53 §1 “No one is to be admitted as procurator or advocate without mandate to act expressly in a trial before the Rota” (note 4).

Nonetheless, I have seen situations in which a canon lawyer in Rome contacts a Rota appellant and introduces himself/herself as the party’s “gratuitous patron.”  This begs the question: is a patron automatically both an advocate and a procurator. Furthermore, in English Universal 1983 CIC, there is no explanation for the job title of patron, but there is an explanation of the job titles advocate and procurator.  I’ve been collecting English translations of excerpts from the 1983 Code and the Norms from the Roman Rota in which various declensions for the Latin word patronus appears in the original Latin. Where the Latin shows patron, sometimes the English translations show legal representative; other times, the English is advocate, or advocate and/or procurator. So, this begs the question: when a notice to a party shows the Rota has appointed a free  patron, does this automatically mean Rota intends to give that person the powers of both a procurator and an advocate?  Maybe not! For example, in canon 1678, several English translations show that the “legal representatives” have the right to “be present at the examination of the parties.” But I know that the parties themselves do not have the right to be present when the other party is giving testimony. Since a procurator is the party’s alter ego, everywhere the party is not allowed to be, the procurator is also not allowed to be.  Sure enough, the Canon Law Society of America’s year 2000 commentary shows “the advocates of the parties (not their procurators if a different person fills that role) … have the right to be present at the examination of the parties” (c. 1678). Notably, the English translation of canon 1678 §1 from InteraText.com translates patronis as advocates.

Ever since I started studying canon law, I’ve found that the injustices experienced by a defending respondent were typically not supported by the law. The law makes sense and seems fair, but the practice of tribunals against defending respondents is what we’ve found to be unfair. It would be disheartening, but not surprising, if even the Roman Rota were failing to uphold the rights of a party who is arguing in favor of the marriage bond, and, instead, simply affirming the judgements of invalidity issued by U.S. tribunals violating respondents’ rights. 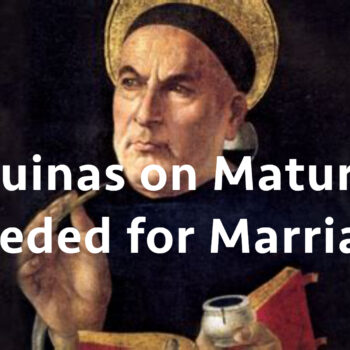 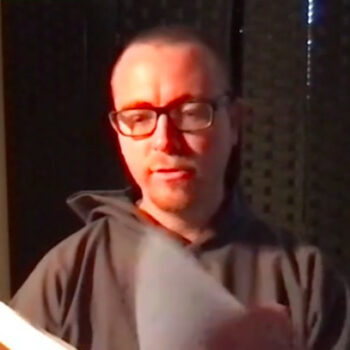