The 24th Session Council of Trent, in 1563, had published Doctrine on the Sacrament of Matrimony.

Canon 12 states, “If any one saith, that matrimonial causes do not belong to ecclesiastical judges; let him be anathema.”

In the late 1700’s, there were those who thought government judges should have the power of investigating marriage cases “which are of pure fact.” Pope Pius VI said that any such opinion is devoid of all foundation.  Marriage cases include questions of obligations of spouses in separations and questions of validity of a marriage.

When the Pope issues this kind of epistle, he is providing an Authentic Interpretation of Canon 12 of Trent (not merely of an ordinary church statute).

[English Translation from Mary’s Advocates and Denzinger, 1500a]  It is not unknown to us that there are some, who, attributing too much to the authority of the secular princes, and captiously interpreting the words of this canon [24th Trent, c. 12], have undertaken to defend this: That, since the Tridentine Fathers did not make use of this form of speaking, “to ecclesiastical judges alone,”or,”all matrimonial cases,”–they (the Tridentine Fathers) have left to lay judges the power of at least investigating matrimonial cases which are of pure fact. But we know that even this sophism and this false kind of quibbling are devoid of all foundation. For the words of the canon are so general that they embrace and comprise all cases. Moreover, the spirit or purpose of the law extends so widely that it leaves no place for exception or limitation.

For if these cases pertain to the tribunal of the Church alone for no other reason than because the marriage contract is truly and properly one of the seven sacraments of the evangelical law, then, just as this notion of the sacrament is common to all matrimonial cases, so all these cases must pertain to ecclesiastical judges alone.

[English translation from Mary’s Advocates] Therefore, it is established from the Tridentine canon that all matrimonial causes of every sort belong solely to Ecclesiastical Judges.

1997. Juraj Kamas. The Separation of the Spouses with the Bond Remaining : Historical and Canonical Study with Pastoral Applications. Dissertation for Doctorate in Canon Law. Roma: Pontificia Universita Gregoriana. 1997.

(page 137) On September 16 [1788], Pius VI sent a well-known letter, Deessemus nobis, to the Bishop of Mottola in the Kingdom of Naples. In it the pope, as Supreme Legislator of the Church, made an authentic interpretation of the twelfth canon of session 24 of the Council of Trent. He denied the civil claims over Christian marriage, insisting on the exclusive right of the Church to intervene in marital cases, including the separation of consorts. Pius VI explained in some detail the range of the judicial competence of the Church. He wrote that it embraces all cases without any exception or limitation. These cases pertain to the ecclesiastical judges in such a way that they cannot be substituted by civil judges, nor can they delegate their power to them. This exclusive right eliminates also every possibility of civil judges of civil judges sharing in some way in the judicial power of the Church. A supporting argument to the papal claims can be found in the fact that marriage has never been understood as an institution of man, but it is a creation of God. Marriage, as a natural institution, has been raised to the status of a sacrament, and Christ, with his divine authority, has committed the regulation and defense of marriage to the Church. Consequently, the marriage between two baptized partners is itself a sacrament, and both the contract and the sacrament are inseparable. (65 [citing Deessemus nobis, “Verba enim canonis” […] unice debent ad iudices ecclesiasticos“). Therefore, a union of two Christians cannot be subjected to the civil government because of its very nature, but falls under the exclusive control of the Church. 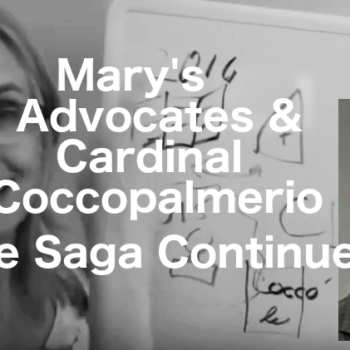 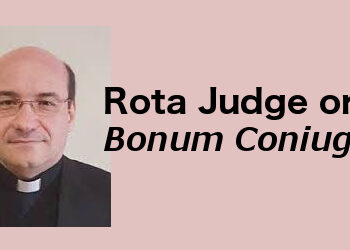