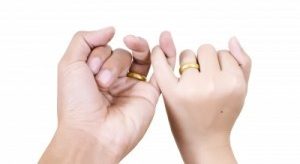 Catholics appear hypocritical when the Church teaches about the indissolubility of marriage, but remains silent when professed Catholic spouses abandon marriage and force their families through no-fault divorce.  Mary’s Advocates has been given access by an abandoned husband to a formal decree issued by his Catholic diocese which defended the husband’s marriage against marital abandonment. The diocese instructed his wife that her separation was illegitimate. In other words, the Church instructed a wife that her separating from her husband was wrong.

This is significant for several reasons.

In civil no-fault divorce, a spouse is free to renege on the marital obligations for any reason whatsoever. Abandoners are frequently awarded custody of children, property, and financial support. An abandoner is not expected to fulfill his or her full financial obligations toward the other spouse. However, for Catholics, the only reason a spouse should file for divorce would be if there was a morally justified reason for long-term separation, or permanent separation of spouses (e.g. the other being an unrepentant adulterer).

When a self-professed Catholic files for divorce, damage is done to the Defendant’s reputation because educated Catholics would presume the Defendant must be guilty of some grave offense. The husband, who shared with Mary’s Advocates part of the Church’s decree that was issued within the last year, asked to remain anonymous. Citing Catholic canon law, the husband had petitioned his diocese asking them to intervene to try to facilitate reconciliation with his wife. If reconciliation could not be accomplished, he asked the Church to define his and his wife’s status with a formal decree of separation.

The canon laws on separation of spouses and divorce are publicized by Mary’s Advocates, and the website shows a template petition that any spouse could use to seek intervention of the Church for defending marriage. The template petition, among other things, asks the Church to try to stop a break-up. If that fails, the petition asks the bishop to define the status of the parties with a separation decree based on the ground of malicious abandonment. Malicious abandonment or desertion are terms used by the Church’s appellate court in Rome. (See Grounds for Temporary Separation (not adultery)

“So then, what is the truth of the matter and how does the Tribunal respond to the Petition relative to illegitimate departure?  In sum, there can be no doubt that without canonical provocation or advisement to her spouse, [Wife] departed the marital home. Motivation for this departure does not comport with any of the legitimate reasons for having done so and no cogent proofs are provided to substantiate legitimate fear of bodily harm; rather the” … [particulars omitted by Mary’s Advocates]… “raise the specter of fabrication.” …

Therefore. the Tribunal of the [diocese] issues the following DECREE

WHEREAS on _ Month 201_, [Woman-Respondent] departed the marital home formed by consent to marriage with [Man-Petitioner]: and

WHEREAS subsequently, [Woman-Respondent] refused overtures to reconcile and obtain the counsel of Church and Parish; and

WHEREAS there is no substantial canonical reason for having done so; and

WHEREAS [Man-Petitioner] has undertaken extensive efforts to bring about reconciliation and restoration of the marital compact;

WHEREAS it is assured that no scandal among the faithful would result from the granting of such a decree; and

THEREFORE, the Tribunal of [DIOCESE] determines that the Petition offered by [Man-Petitioner] is granted; namely

[Woman-Respondent] is declared illegitimately separated from her spouse, [Man-Petitioner], in accord with canon 1153 of the Code of Canons. 1983, as no legitimate canonical cause for separation as enumerated in canons 1151-1155 exists or existed at the time of the separation.

The Church is interested in preventing scandal. The Catechism of the Catholic Church shows, “Scandal is an attitude or behavior which leads another to do evil. The person who gives scandal becomes his neighbor’s tempter. He damages virtue and integrity; he may even draw his brother into spiritual death. Scandal is a grave offense if by deed or omission another is deliberately led into a grave offense” (2284).

Mary’s Advocates encourages other abandoned spouses to seek intervention of the Church when a self-professed Catholic withdraws from the marital life and refuses to reconcile. When the official Church position is silence, observers conclude that all separations of spouses and divorces are a normal, morally acceptable occurrences. It is right for Christ’s Church to be the last bastion encouraging an abandoning spouse to reconcile. 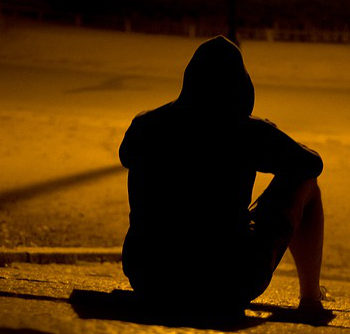 Ask for Your Own Copy of Sentence