After the offender ceased the offenses and went to confession with the firm resolve to amend his behavior, he could receive the Eucharist. The other “spouse who has sincerely tried to be faithful to the sacrament of marriage and is unjustly abandoned” would not be denied Communion due to divorce (cf. CCC. 2386). The Catechism teaches that divorce is a grave offense against nature and immoral, and canon law delimits the special circumstances when divorce is tolerated (Catechism 2382-2386; canon 1151-1155, 1692).

With the non-profit organization Mary’s Advocates, I work to reduce unilateral no-fault divorce. We publicize the Church’s canon law on separation of spouses that is intended to be implemented anytime spouses are separated. Canonical separation cases are different than nullity of marriage cases. We want people to take responsibility, at the time of separation, for things they have not properly done. The Salt Lake City Diocese newspaper described the most common grounds for nullity of marriage:

“The primary grounds for annulment are lack of due discretion (immaturity on the part of a spouse) or an incapacity to assume the essential obligations of marriage due to psychological reasons.” […] “Mary Reade, a member of the Diocese of Salt Lake City Tribunal” […] “is a licensed clinical social worker who meets with petitioners when they are seeking an annulment based on their or their former spouse’s inability to fulfill the obligations of marriage because of psychological reasons.”

Here, the author is talking about canon 1095 §2,  and 1095 §3.  However, when the author shows lack of due discretion is immaturity, she is misleading readers. The chief justice at the Vatican’s Tribunal, in 2006, criticized using “insufficient human maturity understood in a general way” as a grave lack of discretion of judgment. See Dean of the Roman Rota, His Excellency Antoni Stankiewicz HERE (pg. 38).  Saint Pope John Paul II, in his 1987 address to the Roman Rota, criticized the exaggerated use of immaturity as a reason for invalidity when describing the tribunals’ obligation to find the truth:

It is a ministry of charity toward the ecclesial community, which is preserved from the scandal of seeing the value of Christian marriage being practically destroyed by the exaggerated and almost automatic multiplication of declarations of nullity of marriage in cases of the failure of marriage on the pretext of some immaturity or psychic weakness on the part of the contracting parties.

Furthermore, in 1988, Saint Pope John Paul II taught that incapacity to consent to marriage is only applicable to those who suffered “severe forms of psychopathology.”

The annulment procedure described in the Salt Lake City Diocese article is backwards, as if the petitioner does not even allege the grounds upon which he or she asserts the marriage is invalid.  Furthermore, the article shows that the Tribunal collects testimony from the petitioner prior to anyone even knowing what ground is being investigated.

“[W]ith the help of what is known as a canonical advocate (priest, deacon or religious), they [petitioner] prepare their formal petition” […] “The application should also include testimony about the relationship, its history and what led to the breakdown of the marriage” […] “The judicial vicar then reviews the case and establishes if there are canonical grounds for the annulment.”

According to the article, a petitioner would meet with the Tribunal’s licensed social worker, Mary Reade. “Meeting with Reade can give the petitioner the chance to work through the emotional pain. ‘It’s like reopening a wound that has healed,’ she said. Participants often also get a better understanding of why they made the choices they did, she said.”

However, there is no lawful role for a licensed social worker to help petitioners work through emotional pain and better understand themselves. If Reade is appointed as the Tribunal’s expert psychological witness, the law requires her to be given the full written records of the case and “other documents and aids which he could need in order to carry out his[her] task properly and faithfully” (D.C. Art. 207 § 2; can. 1577, § 2). Then Reade should be giving her professional opinion to the judge, not counseling to the petitioner. Reade is supposed to identify the psychological anomaly and its effects on the party who allegedly had no capacity to consent to marriage.

The Law: In causes of incapacity, according to the understanding of can. 1095, the judge is not to omit asking the expert whether one or both parties suffered from a particular habitual or transitory anomaly at the time of the wedding; what was its seriousness; and when, from what cause and in what circumstances it originated and manifested itself. § 2. Specifically:” […] “2o. in causes of defectus discretionis iudicii, [discretion of judgment] he [the judge] is to ask what was the effect of the anomaly on the critical and elective faculty for making serious decisions, particularly in freely choosing a state in life” (D.C. art. 209 §§ 1 & 2, 2o).

It appears that in the Diocese of  Salt Lake, divorced persons and those who want to marry someone in the Church (other than their original spouse) are advised by the diocese newspaper to

All the while, the ground used is supposed to only be reserved for those who had a serious psychopathology at the time of consent. However, because the Tribunal has the petitioner sign a petition with a blank space for grounds to be inserted later, the petitioner never knows what is going on.  A diocesan staff person (who the Tribunal requires the petitioner to mandate) writes the grounds on the petition document. The newspaper article says, “Each party may read the documentation but is encouraged not to, Fr. Silva said.”

Statistics published by the Canon Law Society of America show that In the year 2015, the Tribunal of Salt Lake decided 82 marriages were invalid and two cases were judged to be valid marriages.  Fr. Langes Silva is the Judicial Vicar in charge of the Tribunal of the Diocese of Salt Lake City.  He was ordained a priest in the mid 1990’s and obtained doctorate degree in Canon Law from the Pontifical School of Salamanca, Spain in 2006.  His tribunal instructs petitioners “Complete the PETITION FOR DECREE OF NULLITY but omit filling in the ‘grounds’ for initiating your case. The Tribunal will put the correct canonical grounds on the form after reviewing your self-testimony” (source). Mary’s Advocates helps those who believe their marriage is valid to uphold their procedural rights of defense in canon law cases. 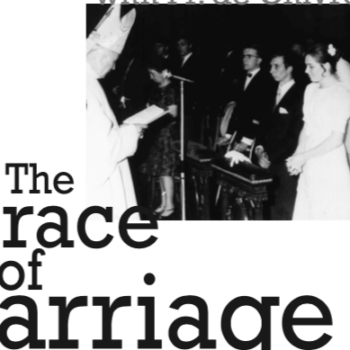 Dr. David Anders - Leaving your Wife is a Mortal Sin 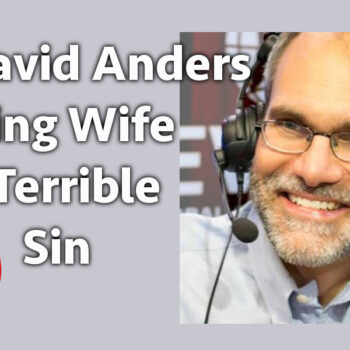