Priest shared that he’s under obedience to work with the tribunal, he said that he frequently cries after the tribunal meets.

Mary’s Advocates has an e-mail discussion group that anyone is welcome to join, so long as they follow the parameters of the group.

On this feast of St. Michael, St. Raphael, and St. Gabriel, I’m sharing a posting made yesterday. Below, I added my own comment, in which I quote Saint Pope John Paul II. He warns that giving incorrect decrees of invalidity of marriage  will result in distancing people from God.

My nullity case is finished and it was such an odd experience I thought it might help others if I shared.

So after 2+ years I finally got the letter stating that the annulment was approved. That’s it, I had no idea on what grounds or anything.

After about a week, I received a call from the notary, he shared that after 3 judges deliberated on the situation, the diocese has decided NOT to supply a copy of the definitive sentence. I’m merely allowed to see it and take notes. He admitted that they all recognized my rights through Canon law, but they are choosing not to do it. A special “allowance” was made in that the notary was allowed to travel to my area and present the document to me for viewing.

After much thought, I decided to meet him at a local parish. Here’s where it’s really strange folks, before I was allowed to see MY OWN definitive sentence I was asked to sign AN OATH agreeing to not discuss anything within the document with anyone. Of course I was rattled by this, because I have 4 kids at home wanting to know why their family was “annulled.”  After meeting with the local Canon priest, it was agreed that I can discuss the summary but not particulars. I was supposed to swear on the Bible but one was not available (at a parish church!!!).

While viewing the sentence, of course, I started to cry and I made the remark that I didn’t want to get the paper wet. The priest urged me to lean over the document so  “the tribunal will know the pain I’m experiencing.” (wow!)

Bottom line, because my husband had a tough childhood, he can’t be held responsible to a decision made 20+ years ago. Yep, that’s why I’m no longer married….(I don’t believe this)…

A main reason for my sharing is to get back to that priest who urged me to cry on the sentence. He shared that he’s under obedience to work with the tribunal, he said that he frequently cries after the tribunal meets. After one week of our meeting, he called me to see how I was doing, and my kids. He said, “There is something very wrong with our Church.” (referring to the human faction.)

So in this “mess” of the marriage tribunal there was one priest who was so kind and caring and who looked out for people like us. He understood the pains of a broken family. Even in this tough situation, I saw the hand of God gently handing me my cross through the hands of a charitable priest.

Today, there is no doubt in my mind that my nullity case is invalid. The judgement was based on incorrect and incomplete information given by my husband. I never had the opportunity to testify. (The judge canceled the appointment and I was told to wait for him to reschedule, he never did.)

I’m not interested in an appeal, this doesn’t change my path at all, I still wear a wedding ring and remain faithful to my vow. In the end, I’m still married and I have a new friend, a kindly priest.

Having a tough childhood is not a ground for invalidity of the marriage unless it so damaged a party that he is suffering a grave psychic anomaly or mental illness that makes it impossible for him to think straight enough to exercise his will when choosing marriage (See When is Marriage Null).

In his 1990 Address to the Tribunal of the Roman Rota, Saint Pope John Paul II warned against “false compassion” that gives annulments to those with valid and difficult marriages. This has only the appearance of being pastoral, but it is actually a violence against truth:

It is necessary to try to understand better the harmony between justice and mercy, a theme very dear to both the theological and canonical traditions. “One judging justly serves mercy with justice” […]

Convinced of that, ecclesiastical authority is attentive that its actions conform to the principles of justice and mercy, even when it treats cases concerning the validity of a matrimonial bond. It thus takes note, on the one hand of the great difficulties facing persons and families involved in unhappy conjugal living situations and recognizes their right to be objects of special pastoral concern. But it does not forget, on the other hand, that these people also have the right not to be deceived by a judgment of nullity which is in conflict with the existence of a true marriage. Such an unjust declaration of nullity would find no legitimate support in appealing to love or mercy. Love and mercy cannot put aside the demands of truth. A valid marriage, even one marked by serious difficulties, could not be considered invalid without doing violence to the truth and undermining thereby the only solid foundation which can support personal, marital, and social life. A judge, therefore, must always be on guard against the risk of false compassion that would degenerate into sentimentality, and would be pastoral appearance alone. The roads leading away from justice and truth end up in serving to distance people from God, thus yielding the opposite result from that which was sought in good faith. (JPII 1990 Address to Roman Rota, Sec. 5.)

Buenos Aires Bishops - Communion for those in Second Unions 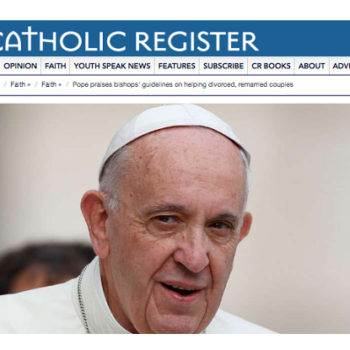 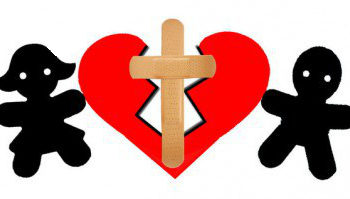