On page 33 of the 1954 Synod, it shows certain sins are reserved and a priest does not have competence to forgive someone in the Sacrament of Reconciliation.

“(106) The following reservations (besides those mentioned in the Code of Canon Law) are in force in the Archdiocese of Cincinnati:
(B) To seek a civil divorce from a marital union, without the permission of the Ordinary, is a sin reserved to the Ordinary”

A. No validly married person may separate permanently from his or her spouse except in cases of certain and uncondoned adultery.

B. If, in virtue of any canonically recognized reason, marital life together becomes unbearable, the aggrieved party may seek permission for a separation. This permission is granted by the local Ordinary only on condition that a formal application for the permission is made by the proper pastor on the regular forms supplied by the Chancery. This form provides for giving the reasons for the separation and a promise by the party that when the circumstances prompting this petition no longer obtain, he or she will return to the lawful spouse. It also provides for the pastor’s giving his observations in the case: the efforts he has made to reconcile the parties, and an indication that both parties have been given a fair hearing. The local Ordinary will make his decision in the case on the basis of this petition submitted by the pastor. The party seeking this permission is not to be sent to the Chancery or Tribunal.

C. In cases where, because of the weakness of the civil law in these matters, and its inability to provide properly in any other way for the civil protection, support, and property rights of the aggrieved party, a civil divorce is deemed necessary in a valid marriage, the procedure is the same as that for a separation (cf. above). The Chancery form for this civil divorce petition requires also an oath from the petitioner to the effect that he or she does not regard this civil divorce as a dissolution of the marriage bond and that he or she will never attempt marriage during the lifetime of the valid spouse.

The local Ordinary, in granting this petition, reminds the petitioner that this divorce in no way changes the status of the married person; if the petitioner is a woman, she is required to retain her married name; as married persons they are reminded that they must avoid the company of those of the opposite sex which may lead to sin. They are also reminded that when the causes are removed, save in cases of uncondoned adultery, the aggrieved party is bound to return to the consort.

D. The form of petition for permission to seek a civil divorce from an alleged invalid marriage provides for an outline of the causes for the claimed invalidity, and a promise that the petitioner shall not attempt another marriage until and unless the proper authorities of the Church have granted a declaration of nullity. Such parties are also to be reminded that they have no right to seek the company of those of the opposite sex until they have actually received this declaration of nullity.

E. When a party incurs the reserved sin of seeking a civil divorce without the permission of the Ordinary, the procedure in seeking faculties to absolve from this sin is the same as that outlined and required for seeking permission to enter suit for a civil divorce. 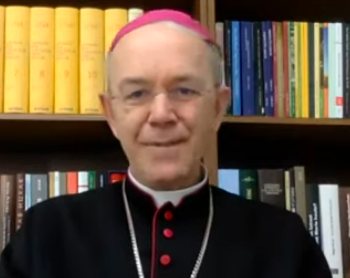