Mary’s Advocate has had a canon law case on appeal at the Supreme Tribunal of the Apostolic Signatura since October 13, 2017. This is the Supreme Court of the Catholic Church, and on March 22, 2018, there was a preliminary judgement by the Secretary (gatekeeper) of the Signatura who said we have no legal right to bring an appeal. However, we hired the Signatura canon lawyer, Prof. Andrea Errera, who has a different opinion.  In summary, Mary’s Advocates is trying to get an imprimatur for a brochure containing Church teaching on divorce, but because Cardinal Coccopalmerio wrote an opinion contrary to centuries of Church teaching, our efforts are being thwarted. An imprimatur is a bishop’s approval that a publication does not harm correct faith or good morals.

I work with the non-profit organization, Mary’s Advocates, to reduce unilateral no-fault divorce where the powers managing the break-up of families make no distinction between the spouse who reneges on his marriage promises and the spouse who is relying on those promises to be upheld.  Over a decade ago, when I discovered that many U.S. Catholics and priests mistakenly thought it was acceptable for civil courts to control what happens to families in crisis, I started to publicize my research findings. I found the Catechism teaches that divorce is immoral and a grave offense against nature and only tolerable in certain situations.  Church doctrine and canon law is supposed to be applied at the time of a family breakup to determine a separation plan that is in accord with divine law and determine the parties’ obligations toward each other and their children.

The root of the problem is that diocesan personnel are taught that there are legitimate reasons sometimes for a party to file for civil divorce, without being taught that a party is not allowed to file on his own authority. Marriage is a public institution and there are other instances in Catholicism in which a party is not one’s own judge. For example, the Church requires an investigation before a party can enter marriage, and a priest has competence to conduct that investigation. Similarly, the Church requires a party to have a Church investigation before filing for civil divorce, and only the bishop–or his mandated delegate–has competence to conduct that investigation (not a parish priest).

The controversy started surfacing after I spoke about canon law in Rome at a 2015 symposium with a welcome letter by Cardinal Raymond Burke and I wrote a trifold brochure that contains this statement:

This statement is simply the compilation of my research findings. Faithful spouses told me that their abandoning spouses had been encouraged by a priest to file for divorce (or at least condoned by a priest). This was occurring before the priest had any conversation with the faithful spouse, or the priest mistakenly thought that civil divorce practices serve justice rather than injuring the children and the spouse who wants to keep the family together.

In my diocese of Cleveland, our bishop denied me permission in 2016 to publish a trifold brochure because he did not want to give his imprimatur to a publication that contradicted Cardinal Coccopalmerio. On April 7 2018, Cardinal retired as the president of the Pontifical Council for the Interpretation of Legislative Texts which has responsibility–after certain approvals–to publish authentic interpretations of canon law. 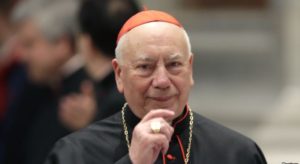 Cardinal Coccopalmerio had published a private opinion about the canon law on separation and divorce that virtually turned canon law upside down. All the sources I found show that one’s bishop’s permission is required before a party can file for civil divorce unless the local region’s bishops waived the requirement for just cause, after proper approval from higher authorities. Instead, Cardinal Coccopalmerio said nowhere in the world is the bishop’s permission required unless the local bishops create the requirement. The fact that the civil divorce courts disagree with the Church’s teaching IS HIS REASON that the bishops should relinquish the power to manage family breakups to the divorce courts. (See my 2015 article here, and collection of research findings here)

During the 2016 controversy at the Cleveland Diocese, I appealed to the Congregation of the Doctrine of the Faith (CDF). After a confused circle of correspondence, the CDF was not going to help. So, in 2017, I revised my trifold brochure to include the bishops’ particular law in effect in the United States that was promulgated in the late 1880’s as the Third Plenary Council of Baltimore.  In 2017, again, the local bishop denied me his imprimatur on my trifold brochure. This time, I appealed one very precise question to Rome. My recourse was with the CDF, and after three months of silence, canon law says a response is presumed to be negative for the sake of appealing to the Signatura.

The gatekeeper/Secretary of the Signatura, (His Excellency, Giuseppe Sciacca) has discretion to judge whether I have a legitimate right to appeal in the first place.  From what I understand, he’s told me that because the CDF rejected a brochure in 2016, I’ve forever forfeited my right to make recourse against any denials of an imprimatur to any revised brochure.

Now, Mary’s Advocate is going over the head of the gatekeeper/Secretary to a Congress of Cardinals at the Signatura. We are waiting to learn if a 2016 rejection forever forfeits Mary’s Advocates right to publish and updated flyer, and thereafter challenge the rejection of a request for an imprimatur. Our Signatura canon lawyer, Prof. Andrea Errera, wrote me on April 8, stating, “I have just concluded the writing of the appeal to convince the Court of the Apostolic Signatura to treat judicially the issue of publication of the brochure. The question seems to me to be founded, but it is not me who issues the final verdict.”  Another associate from his law firm, Federica Boldrini, stated, “The matter discussed in the appeal is only whether the letter answering to your first recourse to the CDF can be considered a decision of your second recourse. Professor Errera thinks this is not possible and that the decision of the Secretary of the Signatura is thus legally unfounded.”

An answer from the Signatura could take many months, so my next goal, in the meantime, is to find another marriage-friendly entity or person to publish my brochure. Another publisher can ask his bishop for an imprimatur. If another publisher’s bishop denies an imprimatur, a fresh appeal can be made to the CDF.

For our case pending at the Supreme Tribunal of the Signatura, I ask for donations to offset court costs and attorney fees. There are only 18 canon lawyers in the world that are allowed to represent a party in this kind of case at the Supreme Tribunal of the Signatura, and Mary’s Advocates hired Prof. Andrea Errera on April 4.  He’s so far, been paid a 2000 Euro preliminary installment. The Signatura requires 1550 Euro for their court fees. (Donate here)

Gesthemane for the Reluctantly Divorced 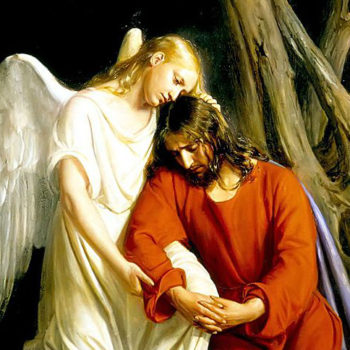 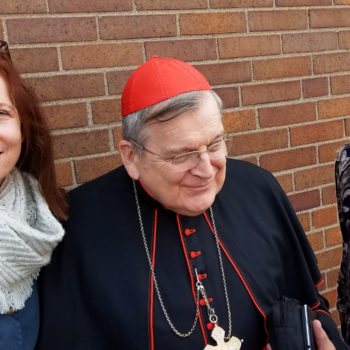