Page 104: Decree No. 126 makes it clear that if, for serious reasons, an individual desires to obtain from the civil authorities separation from bed and board, permission is first to be secured from the competent ecclesiastical authorities. If such is not done and the action is deliberate, the Bishop is informed that the erring Catholic is to receive ecclesiastical penalties according to the good judgment of the Bishop.

Page 105-106:  Some dioceses have had, or do have, an excommunication attached to anyone who seeks civil divorce or civil separation without permission from the Church. But even if such a penalty is not attached, the Catholic who goes ahead without such a permission, except in extreme cases, puts himself in a most difficult position. He is not fulfilling his duties and he has set himself up as his own judge in a matter in which he is forbidden to judge.

Page 106: A lawyer who takes the case of a Catholic desiring a civil separation or a civil divorce from a valid marriage, when the Catholic does not have ecclesiastical permission for such action is putting himself in a state of sin. It would seem that any good Catholic lawyer would be happy to let the Church make such a difficult decision and not assume to himself something which he is definitely forbidden in conscience to do.

In dealing with a non-Catholic, the Catholic lawyer should proceed cautiously. He must bear in mind that the morality of a civil divorce action always involves the basic question of whether or not the action taken by the plaintiff in a given instance involves sin. If it does, the lawyer must remember that he is not to participate in the sin of another; neither may he give scandal.

While representing the plaintiff in a forbidden divorce action may not in a given case be a formal cooperation, it is almost certainly proximate cooperation. This demands a very serious reason indeed for the plaintiff is doing something seriously sinful. If scandal cannot be avoided, no reason is serious enough to allow the lawyer to act. 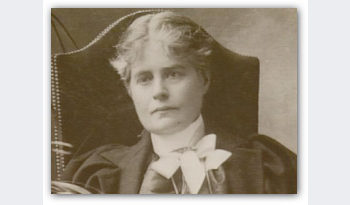