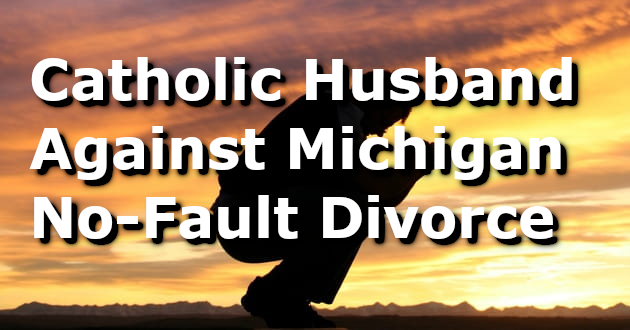 by Bai Macfarlane
A Catholic father and husband, who is defending his marriage against takeover by Michigan family court, recently submitted a series of motions that could be imitated where defendants face similar no-fault grounds. With no-fault complaints for divorce and separation, defendants routinely lose everyday access to their children and are court-ordered to support the other spouse and children in a home in which they are not allowed to live. State courts force divorce and legal separation upon the defendant regardless of whether he wants to keep the family together and did nothing grave to morally justify separation of spouses

Mary’s Advocates obtained public records from Michigan family court and redacted identifying information. We’ll call the defendant-husband Jim. He and his wife made Catholic marriage promises.  When Jim’s wife approached their Michigan county’s Family Court with a complaint for separate maintenance, she virtually asked the Court to order her husband to leave home and pay her child and spousal support.

Jim, in his November 30 motion, asked the Court to dismiss the case because both parties had submitted themselves to the authority of their Catholic diocese Tribunal in a case of separation. He says the Church undertakes marital arbitration when deciding a separation case. Alternatively, he asked the court to delay any proceedings until after the Church decided whether his wife is entitled to a separation at all.

Two days later, in his December 2 motion, he asked the court to dismiss his wife’s complaint because the record proves no party intends permanent separation. For Catholics, adultery is the only ground for permanent separation. Simultaneously, he points out that the case should be dismissed because he and his wife agreed to two kinds of arbitration that must be undergone prior to any family court proceeding. One arbitration plan invokes a family counselor and the other invokes the Roman Catholic Diocese Tribunal.

The Church never relegated to the civil courts the competence to determine whether a legitimate cause for separation exists.  Additionally, canon law requires the Church to decide the parties’ obligations toward each other as the result of each canonical trial. (For Catholic judicial case decided by Tribunal, see canon 1611; for administrative case decided by a bishop or his mandated delegate, see canon 49).

Jim is claiming the right to have his marriage separation case judged by the Catholic canon law authorities prior to any government court having competence to decide anything.

In Jim’s motion submitted on November 30, he says

Whether Jim’s wife intends to be permanently separated is critical to his December 2nd motion saying the case should be dismissed without ever having a trial (i.e. Motion for Summary Disposition). His argument hinges on the Michigan statutes and case law which prevent the family court from forcing no-fault divorce (or separation) on a defendant if there is a chance of reconciliation.

The grounds for both no-fault divorce and no-fault separate maintenance in Michigan are the complaint by one party that “there has been a breakdown of the marriage relationship to the extent that the objects of matrimony have been destroyed and there remains no reasonable likelihood that the marriage can be preserved”  (MCL 552.6 & 552.7) However, the statute continues that the judge shall issue divorce (or separation) only if evidence is presented supporting the allegation.

Jim shows the court where “The law thus imposes the limitation that divorce is to be granted only if there remains no reasonable likelihood that the marriage could be preserved” (Dec. 2 motion, pg. 15). Citing the Kretzschmar Michigan appeal case, Jim explains that “according to Michigan law, a civil separate maintenance case is designed for absolute permanent separation” (Dec. 2, par. 8).  He provided exhibits showing his wife says she’s not seeking permanent separation.

“The parties, in entering into a sacramental Catholic marriage prior to the commencement of this case, have agreed to accept the authority of the Catholic Church, and as a part of that agreement they have agreed to abide by the authority of the Church, which only permits temporary separations with a goal of reconciliation in non-adultery cases like this one,” says Jim (Dec. 2, par. 2).  He provides the court with several Catholic canon law commentaries emphasizing that adultery is the only ground for permanent separation of spouses.  The Commentary on the Code of Canon Law published in 2000 by the Canon Law Society of America, is quoted, “Canon law recognizes only adultery as a legitimate ground for a permanent separation.” (Dec. 2, par. 5).

Jim points out that his wife’s complaint in the civil court is not allowed because he and his wife previously agreed to arbitrate. He says they entered an Alternative Dispute Resolution agreement (ADR) designating as arbitrators both the Catholic Church and a family counselor. “She agreed to accept the Catholic position that she may not pursue a civil separate maintenance action without a finding of propriety, after proper ecclesiastical hearing, and permission of the local Bishop” (Dec. 2, par. 48). Additionally, he says that his wife “agreed to pursue no civil action without the Church finding it justified and granting permission” (Dec. 2, par. 49). Much is redacted by Mary’s Advocates from this section to preserve confidentiality.

Also provided to the court by Jim was a copy of promises signed by his wife that he considers an enforceable arbitration agreement. She agreed to “never file civil divorce (or separate maintenance) proceedings ‘ever again’ unless a family/psychological counselor: a) agreed that [Jim] was doing something harmful; b) [Jim] was given a written warning to correct the harmful item; c) [Jim] refused to do so; d) Jim would be given the option of voluntary temporary separation as an option first” (Dec. 2, par. 52).

Jim is invoking both the authority of the government and Church law. The government law recognizes arbitration agreements, and the Church has a canon law process for deciding cases of separation of spouses.

When a Catholic wife files for a no-fault judgement in the state courts, the obligations decided by the government are arguably contrary to divine law when her husband committed no grave offenses justifying permanent separation.

Thereafter, sometimes a Catholic wife is taught how to apply for a Catholic annulment in which she is directed to claim she suffered a grave lack of discretion of judgement that made the marriage invalid. If justice were to prevail, she should have made the same complaint in the government family court. If she were to blame her own mental incompetence for the break-up of her marriage, her children and husband could be better protected from no-fault court practices. 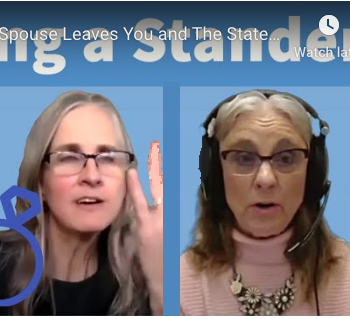 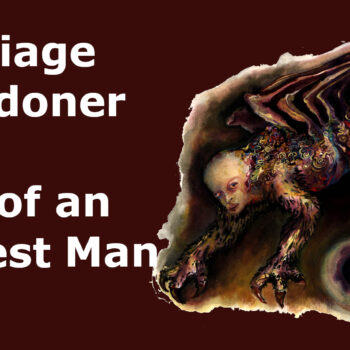