We are waiting for the Pennsylvania Supreme Court to announce whether they accept, for hearing, a complaint arguing that unilateral no-fault divorce is unconstitutional. Divorce defendant, Ryan Pankoe, a scout leader, paramedic, and ambulance company manager, utilized resources he found on Mary’s Advocates’ during his first pre-trial hearing in front of a Master in Pennsylvania divorce court.

Ryan pointed out, on the record, “The unilateral no-fault grounds for divorce in Section 3301-D when denied by me as the Defendant is also wrongfully used by the Plaintiff in a civil action because she has no standing to bring a suit against me for harm done to her. The definition of irretrievable breakdown is estrangement due to marital difficulties with no reasonable prospect of reconciliation. It has nothing to do with whether or not I caused harm to the Plaintiff” (Nov. 27, 2018 transcript. pg. 66, line 4-13).

At every twist and turn in the court proceedings, Ryan has reiterated his challenge that the no-fault divorce statute is unconstitutional. Divorce courts are judging no actions; they are, instead, making their rulings based on the viewpoint of the Plaintiff.  The statute itself makes it impossible for any defendant to defend against the “charges” because there are none; this is a violation of one’s right to due process.

The lower court issued the divorce in March of 2019, and Ryan filed an appeal at the first level in Pennsylvania (Superior Court). In October 2019, the 3-judge panel affirmed to lower court’s decision.  When asking for a reargument, Ryan wrote, “The panel that heard this case misapprehended the Husband’s central argument.” On February 5, 2020, Ryan filed with the Pennsylvania Supreme Court his petition to appeal, wherein he raises questions:

“The question here is a question of law, whether Section 3301(d) is or is not a regulatory law; whether it regulates conduct or whether it regulates viewpoint, which would be a constitutional violation; whether it serves a private or public interest, which implicates subject-matter jurisdiction under Pennsylvania Article III, Section 32. Neither the Trial Court nor the Superior Court has come close to answering these questions – yet these are the questions I’ve presented and preserved.” 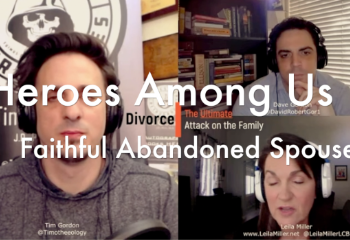 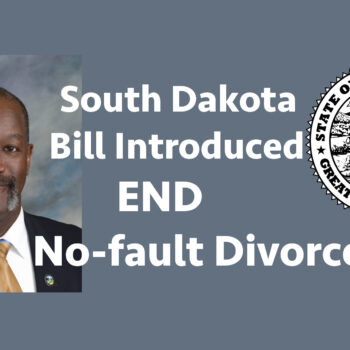