Our Lady of Fatima sweetly frames our recent work to uphold marriage against unilateral no-fault divorce. On October 13, I made an appeal to the Supreme Tribunal of the Apostolic Signatura, after receiving three months of silence from the Congregation of the Doctrine of the Faith (CDF). My previous appeal to a Congregation was made on May 13 (see earlier story).  Those dates mark the 100th anniversary of Our Lady’s first and last appearance in Fatima.

It is appropriate that our appeals occur on dates significant to Our Lady of Fatima, because she told Sr. Lucia that Satan’s last battle would be about marriage and family.  The controversy that I am bringing to the Roman Curia revolves around that statement I wrote in a trifold flyer:

Whether this statement is correct is important because it helps determine the principles that must be used in cases of separation of spouses. For Catholics, divorce is nothing more than separation of spouses where obligations of support, property split, and children’s schedules are determined. These determinations should be made in accord with divine and natural law for Catholic families, while respecting the obligations of husband and wife toward each other and their children–that are implicit in Catholic marriage.

In civil no-fault divorce, no distinction is made between the spouse who reneges on the marriage promises and the other spouse. Divorce is the process by which an adulterer or abandoner can purportedly be freed of his marital obligations, and forcibly take property and children from the other spouse. Civil courts have no interest in protecting children from scandal; unfortunately, a spouse who teaches his or her children that marital abandonment is wrong, could be penalized by divorce judges and court psychologists.

I am asking the Signatura whether the CDF was incorrect to affirm the position of my local bishop. Canon law shows that the CDF’s 3-months of silence was equivalent to denying my appeal (c. 57 §2). My local bishop is denying his approval for publication (a.k.a., his imprimatur) to my statement wherein I say a party needs the bishop’s permission before filing for divorce. 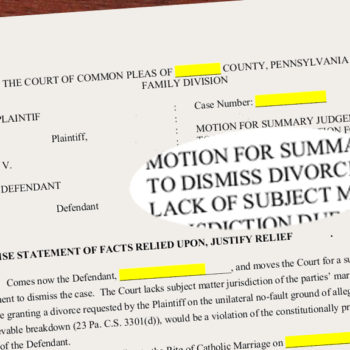 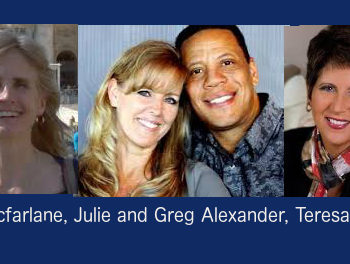