Dr. Tim Gray, the President of the Augustine Institute, teaches that marriage undergoes ups and downs as does one’s spiritual life. He draws the parallel between the stages of spirituality described by St. John of the Cross, and the stages of marriage.  Purchase full mp3 or CD audio “The Spirituality of Marriage” HERE.

He most beautifully shows how one spouse may feel alone at times and how to respond.

“So when you’re abandoned by a spouse, if it’s in a dryness or even to the extent of abandonment in a marriage, you can experience how God was rejected and yet loved unconditionally. Your heart and your love can be conformed to the divine love of God by forgiving. That can be a witness, too, a powerful witness of God’s divine love.”

“Paul talks about marriage—that the love of the wife and the husband for each other has to be like the love of Christ and the Church. There is a blueprint there that is yet to be followed through, and I think it’s the key to the spirituality for marriage. And I reflect on that being in an intense committed relationship for the long haul is very difficult. It’s easy to like somebody in the short term. It’s easy to love somebody in the very short term. But for the long haul, we have to be forgiven and forgive; we have to be patient, and understanding, and merciful, and gracious, and humble, and all those different things. And even in the best of relationships, it can be difficult.

And I think we have a bit of a Catholic pride we have to get over that if I’m Catholic and we’re married, we can’t have problems in our marriage, right? We can’t! Well, guess what? The only person who could claim that is Joseph—Saint Joseph. He’s the only one who married somebody who was perfect, right—the Blessed Mother. Now if Joseph had to go get marriage counseling, he was in trouble! Right? It’s like, “What? You? What could you complain about?”

[A priest showed Tim Gray’s son, Joe, who was suffering aridity in prayer, a chart of John of the Cross’s spiritual principles about the different states of the spiritual life, and told him that he was in the dark night of the senses.]

Joe, who was unconsolable in his spiritual life, all of a sudden, had a context, and it gave him great peace and perseverance and energy to continue on. We need that for marriage. We are going to struggle in marriage with dark nights of the senses, and you’re going to do that together as a couple when you have children. You’re going to go through the dark night of the senses as you lose sleep, right? But it’s worth it, if you can get through those moments of the dark nights of the senses. So many marriages end as they go into the dark night of the senses, and if they just would have persevered, they would have found a deeper level of union and love, that was so much more satisfying than anything they had before that. And likewise, sometimes there’s trials in marriages, where one is sick, maybe one is depressed, maybe one is struggling in certain ways, and we have to be there for them.

But here’s the last thing about the analogy that I want to draw out for marriage. Sometimes in the interior life and prayer life it feels like you’re doing the prayer life alone, as St. John of the Cross describes, as Mother Teresa of Calcutta experienced. You’re not alone, but it feels like you’re alone sometimes in your relationship with God. And sometimes in marriage it feels like you’re alone. The other spouse just isn’t rowing in the same direction. They aren’t just not on board—they’re not understanding you, or they’re in a funk, or whatever it may be. And sometimes it could be as bad as abandonment, when a spouse abandons and divorces and is unfaithful to their vows, and the faithful spouse is abandoned. How can you live a marital vocation abandoned? Well, guess what? There’s good news because God did that throughout the Old Testament. His bride, Israel, abandoned Him, and was unfaithful over and over again, as the prophets Hosea and Jeremiah and Isaiah all witness to Israel’s infidelities. So when you’re abandoned by a spouse, if it’s in a dryness or even to the extent of abandonment in a marriage, you can experience how God was rejected and yet loved unconditionally. Your heart and your love can be conformed to the divine love of God by forgiving. That can be a witness, too, a powerful witness of God’s divine love.

So how do we live this out? Daily prayer is key to our ministry of marriage. 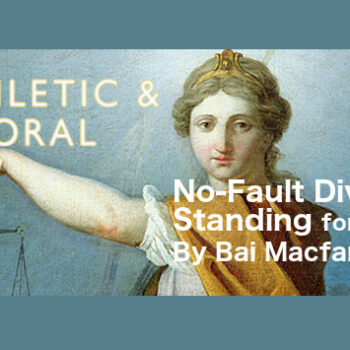 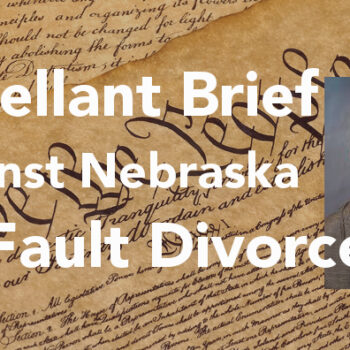