This letter was sent to the Ohio Bishops with a copy of the publication of concern.

I am bringing to your attention the writings of a Catholic priest that I believe give scandal to Ohio’s divorce lawyers, who in turn, give scandal to husbands and wives with whom the lawyers correspond. The priest is the author of a chapter in “Baldwin’s Ohio Practice, Domestic Relations Law,” which is a popular resource that every Ohio divorce lawyer would use.  I plead with you to make any corrections necessary.

The publisher has found a priest to tacitly condone unilateral no-fault divorce, which is the practice of Ohio courts and all throughout the United States. Readers conclude that there is never anything morally wrong with filing for divorce. With unilateral no-fault divorce, one spouse can force a divorce on the family though the other has done nothing grave justifying separation. I’ve been told by the eight county courts, comprising my diocese of Cleveland, that civil divorces are granted in virtually every case for the ground of incompatibility alleged by one party and not denied by the other, or the ground of living separate and apart for a year.

The civil forum makes no attempt to discover who was the cause of a marital breakup. Civil courts have no interest in the legitimate grounds for separation of spouses as understood by the Catholic Church. Consequently, the party that caused the breakup by marital abandonment (or other offenses justifying separation) is treated no differently than the party that did nothing grave to justify separation, and who is counting on the other to uphold marriage promises as much as humanly possible.

Civil divorce judges purport to relieve a spouse of the obligation to maintain the common conjugal life, even though the party has no legitimate reason to separate.  This obligation is not a merely civil effect to marriage. The civil forum purports to relieve an abandoner of his or her obligation to contribute to the good of the spouses. Moreover, the court routinely orders the party the wants to keep the family together, to give up half or more of the marital property, pay spousal and child support, and lose every-day access to the children.  Having natural day-to-day interactions with one’s children is not a merely civil effect of marriage, and neither is the obligation to contribute one’s full share toward the good of the spouses, both material and spiritual.

The title of the chapter that I am bringing to your attention is, “Catholic Declaration of Nullity.” The priest/author discusses divorce, but does not mention the discernment that lawyers should exercise as taught by Saint Pope John Paul II in 2002: “Lawyers, as independent professionals, should always decline the use of their profession for an end that is contrary to justice, as is divorce.”  The author gives no hint that divorce is a grave offense against nature, is immoral, and is tolerable only in situations delimited in canon law. Nor, does he mention that there is a considerable difference between a spouse who has sincerely tried to be faithful to the sacrament of marriage and is unjustly abandoned, and one who through his own grave fault destroys a canonically valid marriage. No mention is made that the Church has competence, not the state, to judge the obligations of parties toward each other and their children in cases of separation and in sentences for cases questioning the validity of marriage (cf Mitis Iudex c. 1691 §1, CIC c. 1689, 1692 §2).

Even though a marriage may be ended in final, irreconcilable separation for whatever cause (culpable or inculpable), the spiritual bond is seen as enduring until the death of one party (page 331).

A Catholic in the United States may seek a civil separation, divorce, or dissolution, but only for the civil effects, such as custody, alimony an support (page 332).

The attorney should (1) inform the Catholics that they can stay within the good graces of their church community, (page 341).

Respectfully Yours in Christ,

How bishops can really help marriages threatened by divorce 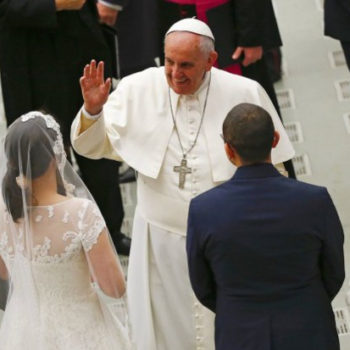 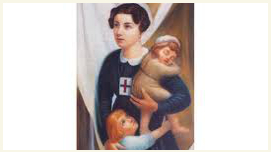