On Valentine’s day last week, after seeing my story Pennsylvania Dad Makes Constitutional Challenge against No-fault Divorce, Drew Mariani invited me to be his guest on Relevant Radio.

We discussed the Pennsylvania Dad’s challenge in divorce court arguing that PA statues violate the state’s own constitution.

Drew asked me what is my response to those who claim there is something wrong with a person who wants to stay married when the Plaintiff doesn’t love him any more. I pointed out that divorce deals with much more than whether someone feels like staying friends. Divorce purports to take from reliable parents their children and their property. These are fundamental rights with which state laws and courts are not allowed to interfere without undergoing strict scrutiny.  We believe no-fault divorce statutes don’t uphold constitutionally protected rights and divorce judges aren’t really serving in a judicial capacity because the court is required to make the Plaintiff win every time.

One caller asked me about Catholics marriage and divorce, and I reiterated the longstanding Church teaching that Catholics never relegated to the civil forum the competence to manage cases of separation of spouses. 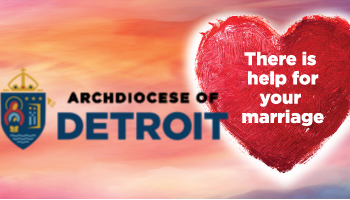