My interviewed by AM 1160 Chicago-based radio program “Lawyers of Jesus” was broadcast May 9.  Host and lawyer, Whit Brisky with Mauck & Baker LLC, is a religious liberties expert who is working on a consulting basis in a Maryland case in which a husband is challenging the constitutionality of no-fault divorce.  We didn’t discuss the client’s case, though.

It was delightful to have a conversation with a bible-believing lawyer who appreciates our work to uphold marriage against unilateral divorce. Whit Brisky asked me what Jesus says about marriage, and we pointed out the contrast between the Christian understanding of marriage (to what many parties agree to adhere), in contrast with the states’ version of marriage.

We recognized the difference between grounds for separation (always moving toward reconciliation) in contrast to permanent separation on demand, a.k.a. no-fault divorce.  A society that follows biblical norms is a more just society.

Every marriage has crises. When a crisis occurs –and civil court comes in–instead of telling the person who is disillusioned that crises are normal and with the right kind of help the marriage can improve, the lawyers tell ever disillusioned spouse that you have a right to a no-fault divorce.

Whit Brisky said, “My experience is that a lot of times you only get to actually finish the divorce proceeding after all the liquid assets are exhausted by paying the lawyers.”    A party is not told that, by filing for divorce, you are telling the government, “I want you to take over my children and my money.” When the other party files back saying he wants divorce too then you have two parties saying “I want the state to take over control of my children and money.”

Whit has reviewed and understands Mary’s Advocates “True Marriage Proclamation Set.” We talked about the value of man and wife putting in writing their marriage promises and their intention to have disputes managed in according with rules of their chosen Church, not the states’ no-fault rules.

There are constitutional principles against the state taking things from people. In no-fault divorce, the state takes from people their children and their money. People know that this is grossly unjust but they don’t know what to do about it.  We are trying to set people up in the beginning to clearly say we never agreed to this before having children.

When they asked for a picture, I had no idea it would end up being a close-up. 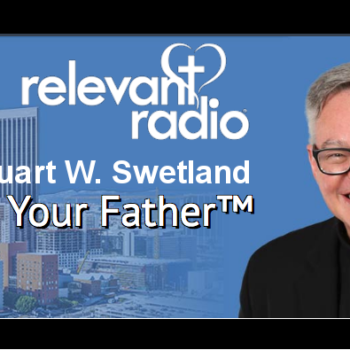 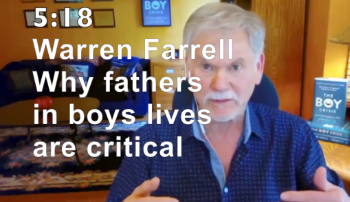