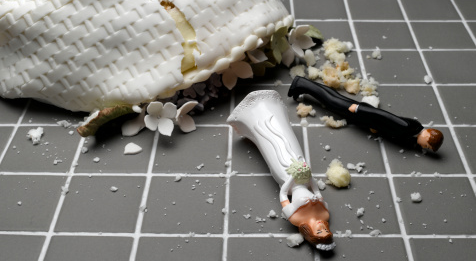 In December 2010, the tribunal’s website shows they investigate about 650 formal declarations of invalidity a year. See full transcript of Oct. 4, 2011 “First Step Program” public session and handouts, or listen to audio recording of public session.

Letter was sent to the Bishop, including summary (shown below). See full analysis  here.

When information taught by Diocesan Personnel leads the faithful to hold positions contrary to the Magisterium, there is reason for concern.

The  Diocesan Tribunal’s First Step Program (FSP) has a history of providing widely publicized educational workshops targeted to the faithful at large, and to those who believe they may not be in valid marriages. Those not in valid marriages include couples in “second” [sic] civil marriages. At these workshops, the presenter gives a description of requirements for a valid marriage. Presenter describes grounds for annulment and gives overview of annulment process. All attendees are provided handouts including fill-in-the-blank forms and questionnaire. They are invited to return in several weeks with completed documentation to start their annulment case, that is, submit their petitions for invalidity of their marriages.

From published Diocesan figures, it appears that for every four couples who get married, there is about one whose marriage is declared invalid using the formal process for annulment. The  Tribunal’s website states that they investigate 650 formal declarations of invalidity per year. In the 2011 reporting year, there were 2357 weddings in the Diocese.

([note added May 12, 2015]. Statistics published by the Canon Law Society of America, show this diocese reported that in 2011, annulments were granted to 99.67% of the petitioners. The Official Catholic Directory shows that in 2011, there were 1,512 Catholic weddings in this diocese. See in context HERE.)

Of critical note is the contrast between the First Step Program and the authoritative Roman Catholic position.

In 2009, Pope Benedict XVI acknowledged that there has been a continuous scandal of marriage being devalued by the exaggerated and almost automatic multiplication of annulments due to supposed immaturity or psychic incapacity.

The FSP elevates the requirements for a valid marriage so high such that every marriage could be assumed to be invalid.

FSP confuses the description of a comfortable, ideal marriage with the requirements for a valid marriage.

FSP routinely refers to the separated or divorced spouse as the “ex-spouse” or “former” spouse, though canon law 1060 requires that all marriages should be assumed as valid until proven otherwise.

FSP makes no mention that those in “second” civil marriages are in adulterous marriages because they are truly already married to someone else (c. 1085).

FSP requires all petitioners to have a procurator: Though canon law makes no such requirement. A procurator can act on behalf of the party, and the party can’t rescind the act.

FSP makes no mention of the party’s advocate that is supposed to be made available for free according to canon law. The advocate defends the marriage for any respondent who chooses to uphold his marriage. Each party’s advocate also writes a brief for judge after the collection of proofs is complete.

Before a case is accepted, FSP has petitioners provide answers to a standardized questionnaire, called testimony and evidence. Questions inquire about parties’ background, courtship, marriage, and breakup. Answers are not sent to respondents when they are advised of the case, even though canon law requires that the respondent be sent a copy of the petition; and, that the petition must include the facts and proofs in a general way that the Petitioner is using to prove the case.

FTP requires submission of written testimony prior to the case even starting, but law requires that proofs not be collected until after the following: 1) properly worded petition is submitted to the Tribunal, 2) petition is accepted, 3) a copy of petition is sent to the respondent, 4) respondent has the chance to reply to the petition, 5) respondent has a chance to mandate that an advocate be allowed to assist in the defense, 6) respondent has a chance to argue that there is no basis whatsoever for the case to proceed, 7) respondent has the chance to request a session for the joinder of the issue in which both parties and their advocates meet with judge, 8) Tribunal sets by decree the grounds for annulment for the particular marriage (called formulation of the doubt), 9) respondent and petitioner have a chance to argue that the doubt should be changed, 10) and, the doubt is set and the instruction of the cause is begun and announced by a decree.

FSP accepts petitions assisting the petitioner to allege that there was some incapacity to consent to marriage (c. 1095), but the petition does not specify the serious psychic anomaly present in the party lacking capacity. Authoritative sources from the Holy See teach that it is an abuse to admit such cases for hearings.

FSP uses questionnaires to collect evidence from both parties and witnesses, though canon law says that this should not be done because the judicial examinations are supposed to occur with the person being asked questions in person, with a notary present. The person being questioned is not supposed to see the questions in advance. The judicial examinations are supposed to be conducted live so that the judge can ask follow-up questions, and each party has the right to have his or her advocate present. 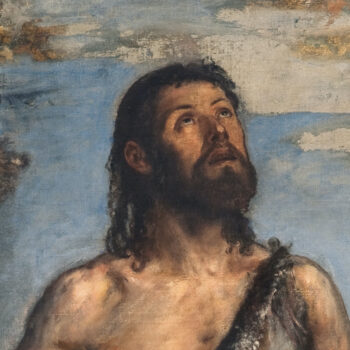