I first became aware of Cardinal Coccopalmerio in 2015, the year a paper I wrote was distributed to the bishops participating in Synod of Bishops on the Family. Back then, I was publicizing my research findings about how a married Catholic is not free to approach divorce court on his own authority because there are canonical protections in effect against immoral separation of spouses. When my paper was published, it was part of a book with a welcome letter from Cardinal Raymond Burke that was distributed to the attendees of the Bishops Synod in September. Two months later, Cardinal Coccopalmerio issued a paradoxical letter that basically attempts to turn canon law upside down and I have reason to think he was specifically responding to my work. See Two wrongs don’t make a right: Is the Church handing its authority to no-fault divorce courts?.

The paradoxical letter by Cardinal Coccopalmerio is now being used as a justification to deny due process to aggrieved parties in canon law cases about separation of spouses. With the non-profit organization, Mary’s Advocates, I show parties how to ask their diocese to implement the canon law about separation of spouses when the other spouse abandons the marriage and forces a no-fault divorce on the family.  When the petitioner’s rights are violated in cases before a bishop, the proper forum to appeal is to the Congregation of Divine Worship and Discipline of the Sacraments.  However, rather than the Congregation undergoing a lawful proceeding, the Undersecretary of the Congregation is giving a one-sentence reason for rejection and enclosing the paradoxical letter from Cardinal Coccopalmerio:

“Bearing in mind the authoritative indications given by the Pontifical Council of Legislative Texts (cf. Prot. N. 15181/2015 of November 2015, in attachment), an attentive study of this request was undertaken by this Congregation with the conclusion that sufficient grounds for advancing this recourse are lacking, and hence, it pronounces negative.”

The Undersecretary of the Congregation who is rejecting appeals is Bishop Aurelio García Macías. He is not a canon lawyer and I would not even know where to start to investigate whether he is part of the homosexual current about which Bishop Viganò warned.  There is no indication of whether García Macías is aware of the injustices occurring regularly in government family courts.  Divorces are forced on defendants and children simply because the plaintiff fell out of love, or is bothered by irksome habits, or wants to have a new sex partner.  I am suggesting that those who are rejected by the Congregation’s Undersecretary can continue on the path of appeal in the Church structure. They can ask the Congregation to overturn the rejection and undergo a proper canonical process (see example here).

According to canon law, one has the right to be informed of accusations and defend oneself against them. If a wife alleges that she has a reason for permanent separation of spouses, the husband has a right to know the accusations made against him. However, I know of dioceses in which high ranking officials simply tell the parties to make all the arrangements of their separation plan from the civil forum.

With no-fault divorce, there is no expectation for anyone to uphold the obligation to maintain an intact home for the other spouse and children. Defendants who work with Mary’s Advocates want the other spouse to cooperate with experts who have a high success rate of helping couples strengthen their marriage, but the other spouse refuses or quits.  Very often, a divorce defendant is forced to pay child support and alimony for the household in which he is not even allowed to live.  Are bishops so naive as to believe that no-fault divorce courts produce just outcomes? Do bishops think that every spouse who files for divorce always is facing a defendant who is committing grievous offenses justifying permanent separation?  Unless one’s spouse is repeatedly grievously dangerous or making it impossible for the rest of the family to practice the faith, there is no basis for even temporary separation (see Grounds for Temporary Separation, not adultery). Unless one’s spouse is committing adultery, there is no basis for permanent separation.

If the Congregation of Divine Worship and Discipline of the Sacraments ignores those who ask for a proper canonical process, the only recourse left is to the Supreme Tribunal of the Signatura. Cardinal Burke was the Prefect of the Congregation from 2008 to 2013, and now is one of the judges.  Prior to having the Signatura judge an appeal, one has to both hire a specialized canon lawyer (whose starting fees might be $5000 or more), plus, one has to pay a deposit of around $1700 to the Signatura, that is only reimbursed if one receives a favorable judgment.  Catholics appealing to the Signatura can be denied processing of their case if they can’t pay $7500.

Mary’s Advocates provides a community for those who are faithful to their marriage after being separated or divorced against their will.  If a local diocese will not uphold marriage against immoral divorce and abandonment, some number of separated faithful feel called to lodge appeals in the Church’s canonical forum, regardless of the outcome. Others discern that it is not a good use of their time, especially if the men controlling the Vatican right now belong to the homosexual current in favor of subverting Catholic doctrine. 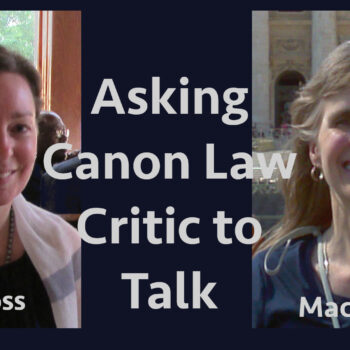