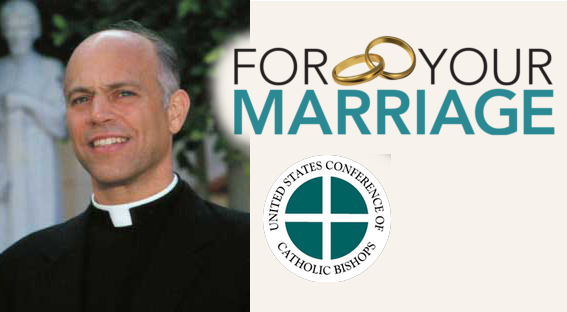 By Bai Macfarlane
UPDATE: I received an acknowledgment of my previous request to the USCCB Committee on Religious Liberty, wherein I asked them to include unilateral no-fault divorce on their list of religious liberty issues. After studying the Committee’s lawyer’s response and the resources to which she pointed, I’m contacting the USCCB’s Committee on Canonical Affairs and Church Governance by writing to Archbishop Salvatore Cordileone, JCD, in San Francisco (see PDF to Cordileone, and text below).

Enclosed with my 2-page letter to His Excellency, I included a 17-page Collection of Sources on Separation and Divorce for USCCB.  I brought our Bishops issues for which confusion needs to be cleared regarding separation and divorce. Thereafter, I cited magisterial writings from the Council of Trent, our US territories’ particular law, and authors from all over the world.

The religious liberty committee lawyer, Hillary Byrnes, said her committee’s members and consultants meet regularly to discuss the religious liberties challenges, but she gave no hint of whether, in her opinion, unilateral no-fault divorce is one of those challenges.  About divorce she stated that it is a “tragedy in the life of a family, and its widespread proliferation is a grave matter in our society” and she pointed me to resources published by the USCCB.

My hope is that the USCCB Committee on Religious Liberty is open to considering no-fault divorce as a violation of constitutional rights, but unless the USCCB’s committees on doctrine and canon law are clear, any legal constitutional challenges could be undermined. For example, parties who enter Catholic marriage are supposed to agree to the Church’s understanding of marriage obligations. The USCCB could show that each party has the right to the full support from the other in the maintenance of a common marital  home, and that right is only forfeited if one commits grave offenses justifying separation. The ecclesiastic authority is to judge if grounds for separation exist.  When no-fault divorce courts take away children and property and force the defendant to pay support, the state is wrongfully impairing on obligations of a contract —- a contract that is inherently connected to religious liberty.

In the conclusion of my letter to Archbishop Cordileone, I ask the USCCB to be clear on issues related to separation and divorce.

In your role on the USCCB’s Committee on Canonical Affairs and Church Governance, would you supplement the information I provided to the Committee for Religious Liberty?  On 24 September 2018, I asked them to include unilateral no-fault divorce on the Committee’s list of religious liberties issues and sought to introduce them to a religious liberties expert who defends constitutional rights against the states’ divorce practices (letter attached). From the response I received from Hillary Byrnes (Director of Religious Liberty and Associate General Counsel USCCB), I surmise that she is unfamiliar with Catholic doctrine and church polity relative to cases of separation of spouses (response attached).

I bring you some concerns about two USCCB resources to which Hillary Byrnes pointed me:

Enclosed also for your consideration is my Collection of Sources on Separation and Divorce for USCCB (17 pages).

The ForYourMarriage page states, “The Church does not recognize a civil divorce because the State cannot dissolve what is indissoluble.” However, unless the USCCB makes it clear that the government has no competence to relieve a spouse of his obligation to maintain the common conjugal life, readers will conclude that the USCCB does recognize civil divorce as the legitimate forum to decide the moral, religious, and obligatory effects of all parties who participated in a Catholic marriage ceremony. When parties exchange promises in a Catholic ceremony, more rights and correlating obligations come into existence besides only the right to have one’s partner prevented from entering a marriage with someone else. Those obligations should not be decided in accord with no-fault divorce laws.

In Verbeek’s document, when referring to the divorced who civilly remarried, she says, “In fidelity to the teaching of Christ and the prescriptions of canon law, the civil union is invalid. Couples in these situations therefore ‘find themselves in a situation that objectively contravenes God’s law’” (p. 4). However, in my Collection of Sources, it is shown that a party who merely petitions for civil divorce, without first undergoing a canonical ecclesiastic investigation, is also violating the prescriptions of canon law. The civil divorce is illicit, and because marriage affects the public good, neither an individual, a couple, the priests, nor regular diocesan judicial vicars have competence to determine if petitioning for civil divorce can be tolerated.

When discussing programs for separated and divorced, Verbeek describes assistance “supporting parents in fulfilling their natural and ecclesiastical obligations toward their children” (p5). Though, nowhere did Verbeek mention that a parent could have the obligation to cease the separation and provide for an intact home for their children with Mom and Dad together.

When describing divorced or separated persons, the ForYourMarriage page refers to those “caught in this situation” and Verbeek refers to “those who suffer from an irremediable marriage situation,” and “those touched by the trauma of separation and divorce.” These phrases obfuscate the fact that separation or divorce are always the result of one or both spouses reneging on the marriage promises.[1] Situations are remediable if the person who breaks his promises reforms, and clear direction from the Church could be the motive to unite one’s family.

When aspects of the Catholic marriage are clear, the constitutional restriction against states’ impairing on intended obligations of a contract will become clear, and so will courts’ violation against religious liberty. 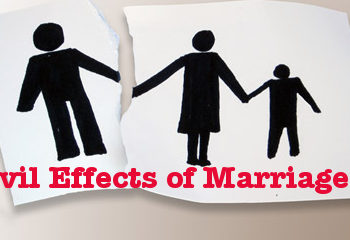 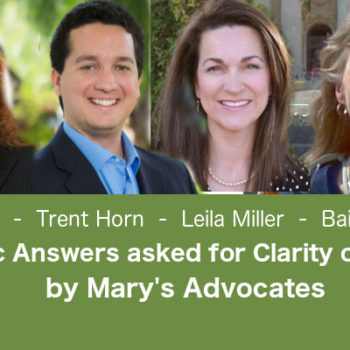